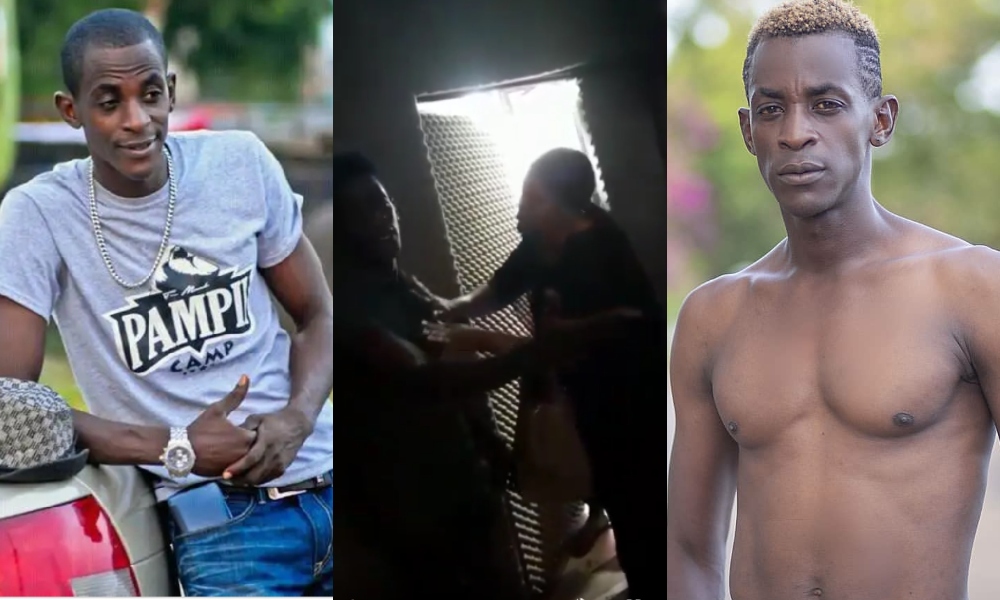 Popular Takoradi-based comedian Too Much, who stars in JUNKA TOWN, has been videoed during a serious argument at a radio station with a lady following a song he released about handbags.

The video which was sighted by Zionfelix.net saw Too Much, known in real life as Ibrahim Idrees, was seen standing in the studio as a lady barged into the room and started hurling accusations all over.

Too Much, who was taken aback by the lady’s action, indicated that if he knew this was what was going to happen, he would not have honoured the invitation to appear on the radio show.

The lady apparently felt that she was the one Too Much was referring to in his song because she was also a lover of big bags.

Too Much however indicated that he did not target the lady and that many celebs including Akuapem Poloo, Counselor Lutterodt and Bukom Banku who he even mentioned in the song had not attacked him.

According to Too Much, the lady in question had no right whatsoever to disrupt his radio interview because she felt aggrieved.

After minutes of arguing, the lady admitted being at fault and asked to be forgiven. She first apologized to the producers of the show and turned to apologize to Too Much.

Too Much who was having none of her apology, did not want to accept it at first.

When that happened, the lady requested to go on her knees to apologize and Too Much said it would not be bad for her to do so.

The lady then looked for people outside the studio to help her apologize to the actor for being rude.

I Campaigned For NPP, Switched To NDC But They All Mafia...