If you have ever wondered why fast-rising music star, Bosom PYung decided to add a name that translates to mean a traditional god in the Akan language as his showbiz name, then he has finally revealed the reasons why.

Speaking in a recent interview with Berla Mundi on TV3’s Newday TV show sighted by zionfelix.net, the “Attaa Adwoa” hitmaker stated that he got the name from the bible.

To be specific, he quoted Genesis 1:27 as the scripture in the bible that influenced the name selection.

He also added that he chose the name because he was doing things that were scary, hence he wanted a name that was scary as well. 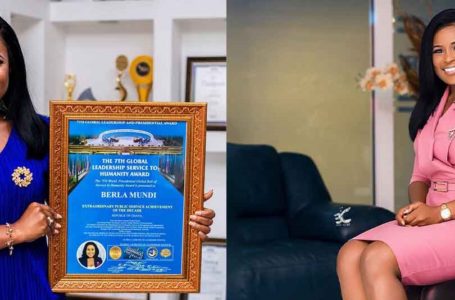