‘Abena’ singer, Frank Naro has revealed that he ended his relationship with his ‘brother’, Kwaku Manu, musically because there was a little disagreement between them after Kwaku Manu released his debut album ‘Wobete Kraw’, which he featured on most of the songs.

He stated that the disagreement arose as a result of some monetary problems they had after the sells of the album. Frank Nero told the ‘Zionfelix Uncut’ crew headed by celebrity blogger, Zionfelix that this problem came because he felt that his friend, who was even more than a brother to him was not being entirely truthful and straight with him.

Frank Naro also revealed in the exclusive interview with Zionfelix Uncut that after they ended their musical relationship, he was signed onto Guru’s NKZ music for a year before he decided to finally go solo in the year 2017.

Even though he was not able to release songs last year, he is certain that this year will be great for him musically. Frank Naro already has a great tune titled ‘Abena’ which features Kofi Kinaata out there.

Watch the full interview of Frank Naro below: 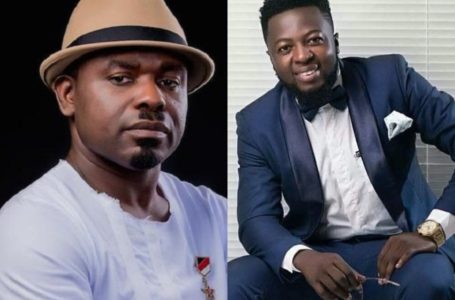