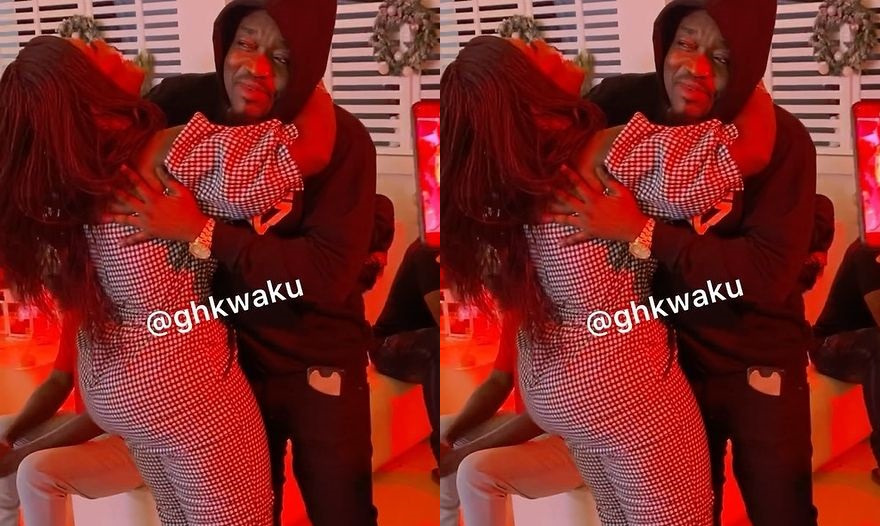 It was all love and harmony when entertainment personalities, Bullet and Delay met at the one-year anniversary of HD Plus on Thursday night in Accra after their recent slight ‘beef’.

Delay and Bullet had some sort of beef after the former on her Delay Show suggested that the latter’s signed artist, Wendy Shay was going through some depression because of how she was piercing her body and going about her life some months ago.

That move of Delay apparently got Bullet and Wendy Shay angry so they decided to unfollow her on Instagram.

In as much as Delay expressed her displeasure about the actions of Bullet and Wendy Shay, she decided to act as tho nothing had ever happened when she met Bullet last night and gave him a warm hug.

The award-winning show host decided to ask Bullet why he was angry with her when she has done nothing wrong to him but Bullet quickly responded by saying that he was not angry because he really understand the showbiz industry and the issues that usually come up.

Watch the video of the moment they settled their differences below

Delay Finally Break Silence On Reports That She Has Joined Chairman...