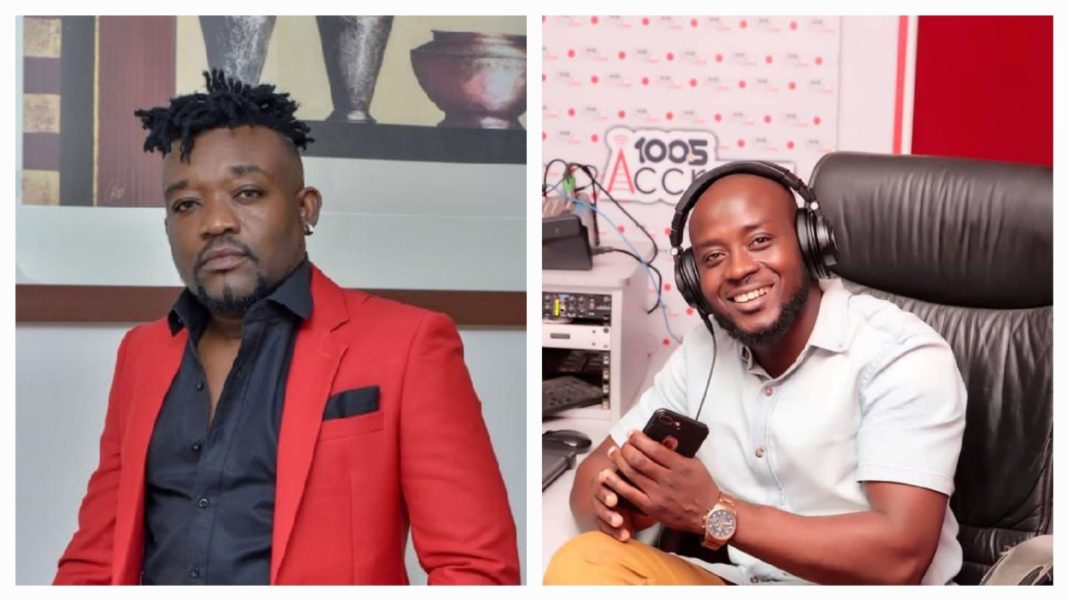 Ghanaian artiste manager, Ricky Nana Agyemang aka Bullet, has spoken against Nana Romeo’s action when he interview Wendy Shay in 2020.

During the interview, the Accra FM presenter claimed to have evidence of Wendy dating her manager.

The singer was not interested in the topic and asked that they should focus on why she was there but Romeo repeated his assertion of their dating rumours.

This pushed Wendy Shay to walk away.

A few years after the incident, Nana Romeo has interviewed Bullet on his show.

He asked the RuffTown Records CEO what he does not like about the media (interviewers).

Bullet seized the opportunity to condemn what he did in the past.

The popular artiste manager stated that there is no love—and he was declining to speak with him because of the question he asked Wendy Shay.

Even if he had evidence, Bullet said he was not expecting him to discuss that on radio because of his relationship with him.

However, Bullet maintained that he and others do not care, thinking that they have gotten content.

Watch a video of their discussion below.