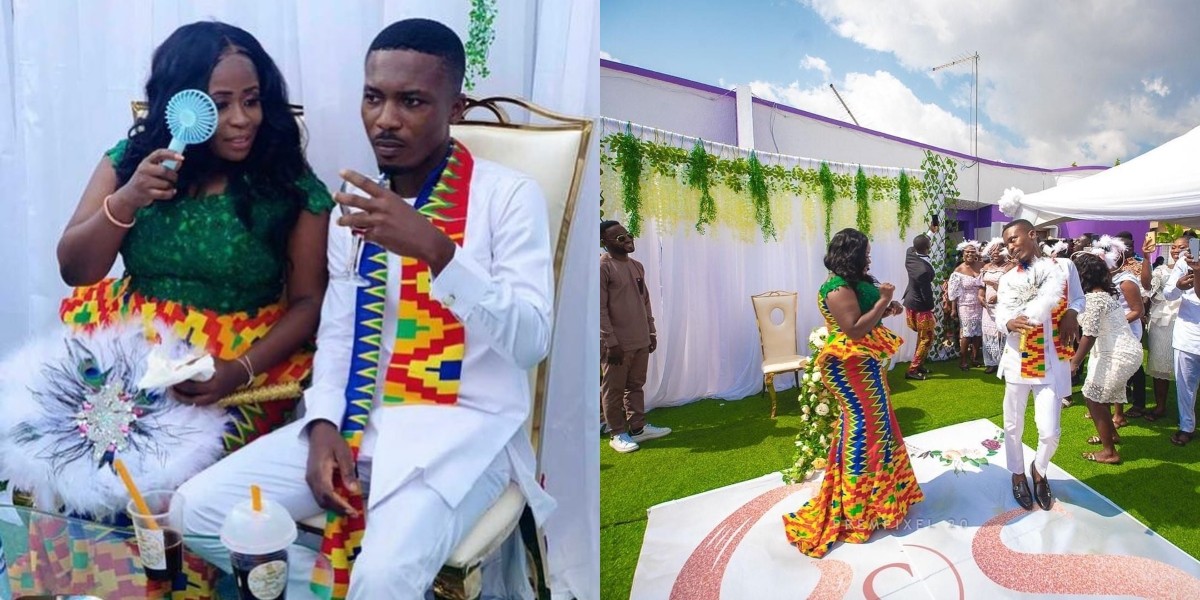 Clemento Suarez took many people by surprise when it was reported that he had tied the knot in a private ceremony in Kumasi.

The marriage ceremony that took place on October 24, 2020, saw a lot of people in attendance including a number of celebs.

Among the many highlights from the wedding was a video which saw Clemento Suarez and his pretty wife hitting the dancefloor to show off their moves.

The video showed the wife of the comedian giving him a hot challenge as she boogied her heart out.

Clemento Suarez on the other hand appeared to be shy as he was unable to really give off the many dance moves he has been noted to give.

Clemento Suarez, known in real life as Clement Ashiteye tied the knot in the presence of his family and close friends.