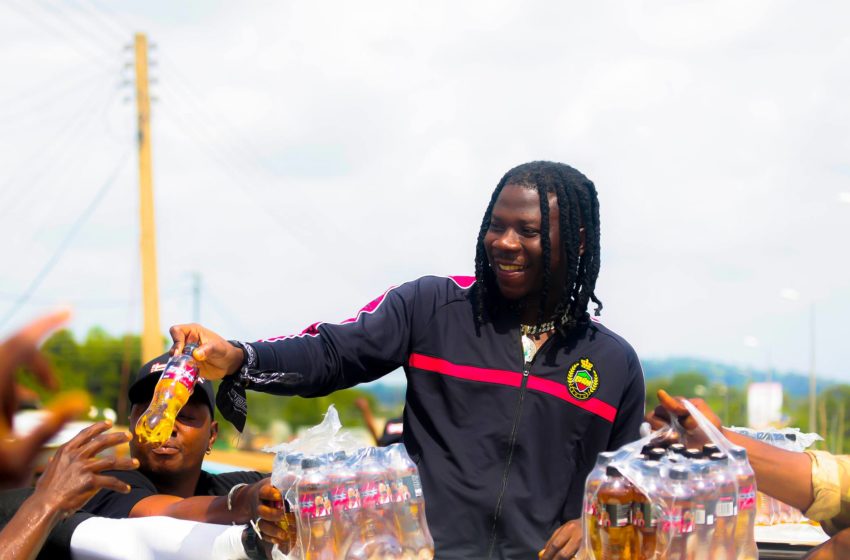 Big Boss Energy Drink and Stonebwoy have taken the Big Boss Roadshow, which left Kumasi a few days ago to Ho- the Volta Regional Capital.

The idea is to create a stronger bond between the product and the positive image, creativity and global appeal of Stonebwoy and  the values  of hardwork, determination and tenacity he portrays.

The Roadshow started with Stonebwoy and the Big Boss team meeting a section of the press in the Volta Region to create awareness about the launch of the new Big Boss Label, his involvement with the brand as well as Big Boss’ Corporate Social Responsibility objectives in the region.

The people of the Volta region thronged the streets to welcome Stonebwoy and Big Boss  as they chanted lines of Stonebwoy’s hits. Free samples of re-branded Big Boss Energy Drinks were handed to hundreds, who could not hide their joy.

READ ALSO: I Have My Eyes On Any Man Who Wants To Marry A Small Girl – Wiyaala Warns

Stonebwoy urged the crowd to patronize Big Boss Energy Drink, as it contains the right ingredients in the right proportions that are  not harmful to humans. He, however, re-echoed the caution that energy drinks are to be consumed in moderation and  not suitable for persons under eighteen years, pregnant women, lactating mothers and those sensitive to caffeine.