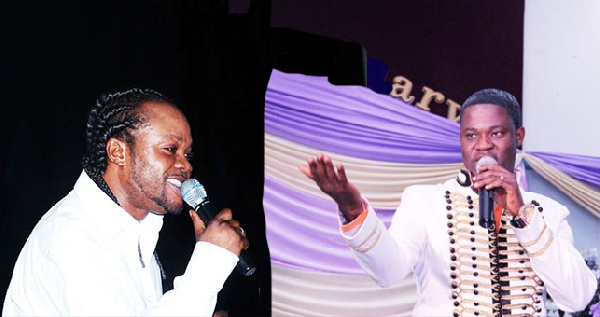 During an interview he granted Nyansa Boakwa on Happy FM, the ‘Gyae Su’ hitmaker revealed that he got wind of this as far back as 2017/2018 when Daddy Lumba went to record the song.

READ ALSO: Strongman Finally Reacts To Allegations That He Was Pounding Fufu For Sarkodie

Ampong disclosed that one of the team members of the owner of DL FM came to tell him as soon as he was done recording the song back then.

He threw heavy shots at Daddy Lumba and even mocked his potbelly.

Although, Great Ampong is yet to fully drop his diss song for Daddy Lumba but its snippet has taken over social media trends.

Amidst the brouhaha, Daddy Lumba has finally come out to clear the air on the rumours that he wrote his “Ofon Na Ɛdi Asɛm Fo” song with Great Ampong in mind because they aren’t on good talking terms following allegations that he cheated him.

According to Daddy Lumba who spoke on his privately owned FM station which is DL FM just this morning, his song is not an indirect attack on anyone.

As claimed by him, he didn’t have anyone in mind when he was penning down the lyrics of the song hence the assumption ‘banger’ is a diss song for Great Ampong should be trashed.

Daddy Lumba Has No Hand In Anokye Supremo’s Death – Kofi...