Despite And Other Rich Friends Storm The Lavish Party Of His Son, Kennedy Following His Call To The Bar 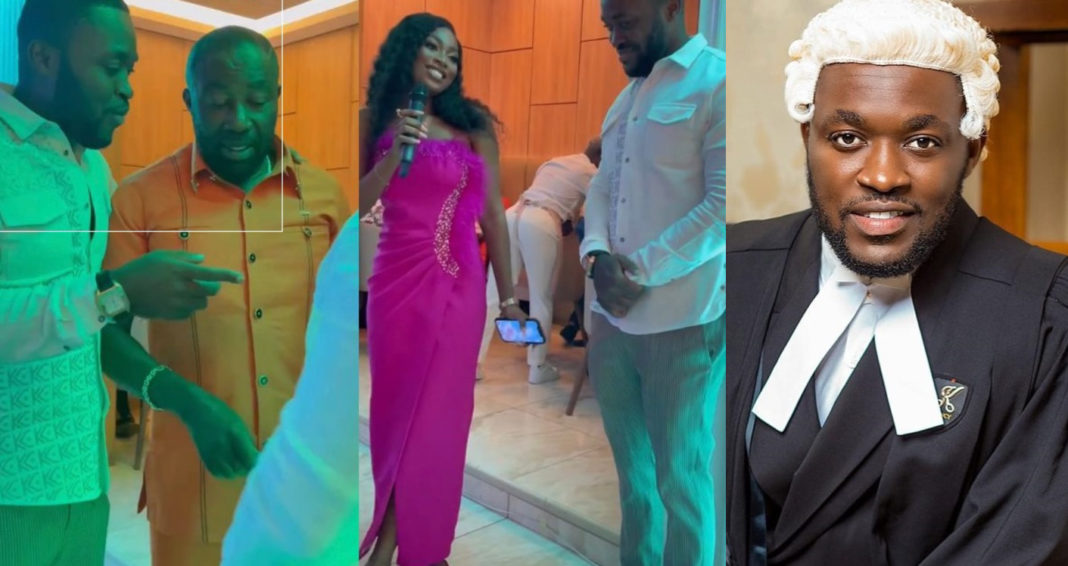 Kennedy Osei Asante, the son of Ghanaian millionaire, Osei Kwame Despite was one of the over 500 people who were called to the bar in Ghana on Friday, November 11, 2022.

Following his successful completion and call, the managing director of Despite Media decided to throw a lavish party to celebrate the success.

In some videos that have surfaced online, Kennedy Osei was joined by his beautiful wife and other close family members and friends to celebrate this great feat despite his busy schedule.

As the executive club members walked majestically into the venue for the party which is believed to be Kennedy and Tracy’s home, they were welcome beautifully.

There was a lot of food, drink, and music to make the night a special one.

Also, Kennedy‘s wife, Tracy gave a powerful talk about why she is so much impressed with her husband for this achievement.