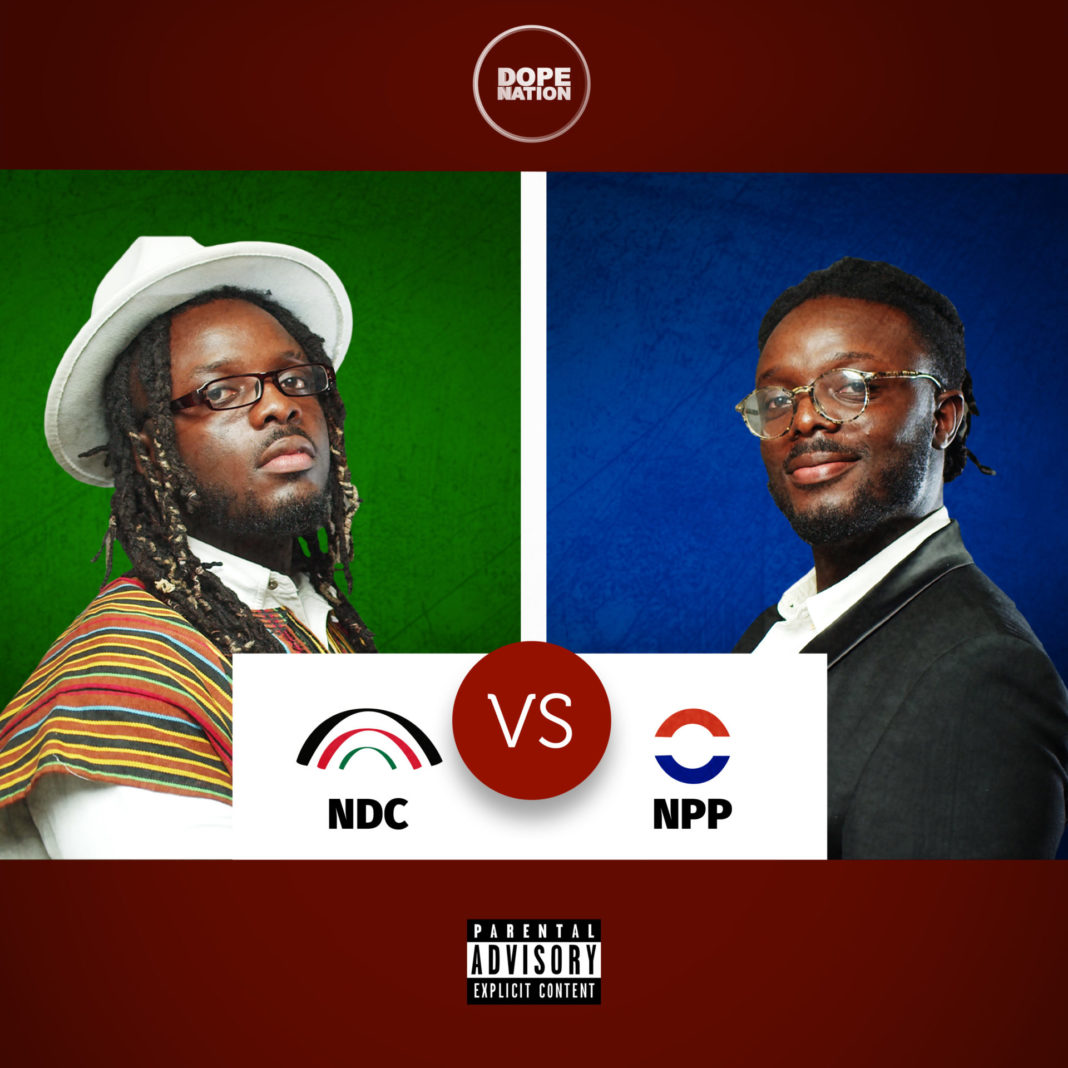 DopeNation has dropped a new song titled ‘NDC Vs NPP’.

NDC vrs NPP song is a rap song that narrates two political parties and their contest for power.

Both parties go on a banter where the ruling party talks about their policies implemented that has gotten the country running while the other opposes with a counter conversation on the same issues.

It speaks about the economic situation Ghanaian citizens face due to the mismanagement of public funds by these political parties.

It expresses the frustration and disappointment of a youth in line with day to day activity of the government on ruling the country on a hiphop beat.

DopeNation Teams Up With Adelaide The Seer On ‘Wire Me’ –...