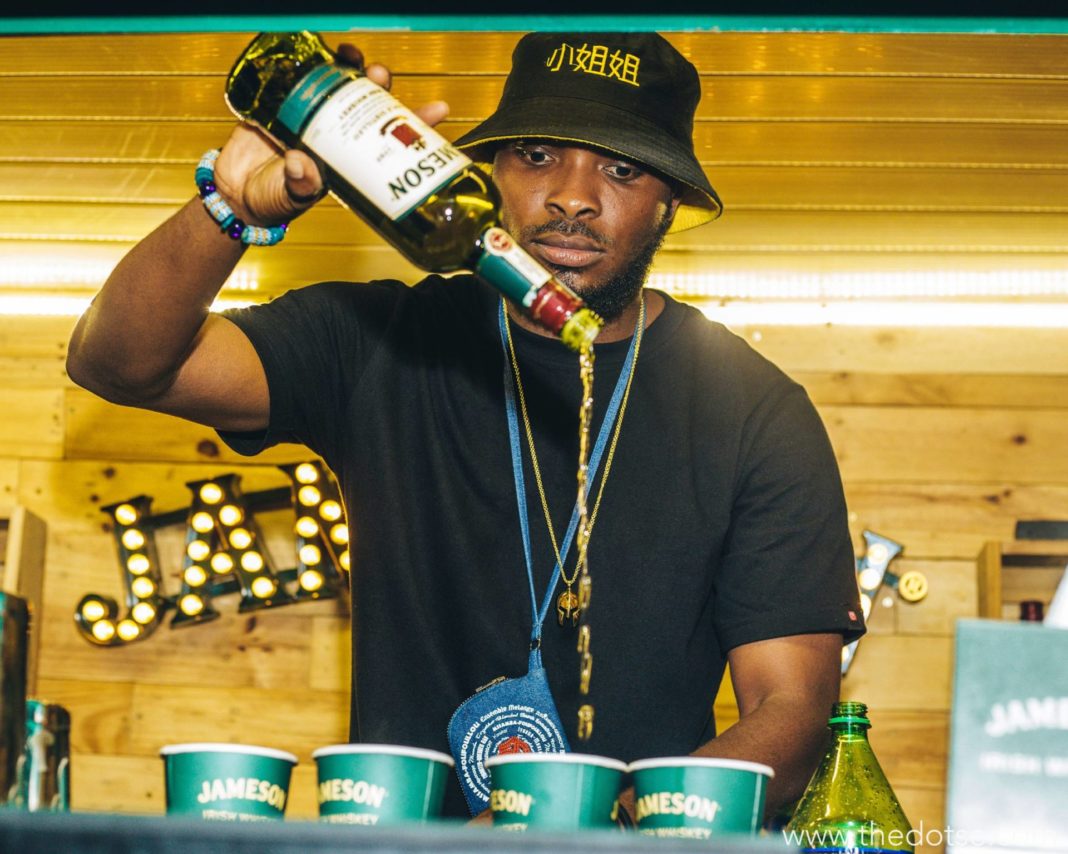 Over the years, the Jameson brand has shown a strong interest in Nigeria’s creative economy, especially its music scene.

It has powered the creative economy through music and benefitted the ecosystem tremendously. Jameson’s input has been significant in this time when Nigerian music has the ears and hearts of the world.

The premium whiskey brand is furthering its commitment by working closely with Nigerian star singer BOJ. In this new phase, BOJ is the anchor of the Jameson brand’s investment in the creative economy.

To celebrate the release of his new LP, Jameson powered the ‘Gbagada Express’ Houseparty in Accra, Ghana, on May 3, 2022. During the intimate gathering at Bamboo House, BOJ performed songs from the album and was accompanied by acts such as Darko Vibes, Moliy, Teezee, and others.

It was a night of good music, fun, and vibes.

The Gbagada Houseparty is the first of many events by Jameson to celebrate the talent of BOJ, as well as invest in the creative economy.

Catch some of the highlights here – https://www.instagram.com/p/CdYEMjIs_Gm/