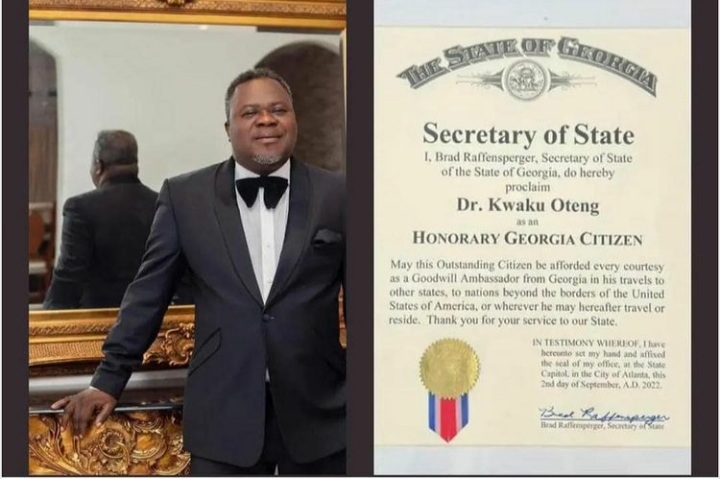 Ghanaian business mogul, Dr. Kwaku Oteng is now a honorary citizen of the State of Georgia.

The honorary citizenship was conferred onto the businessman by the South-Eastern US state.

The news was confirmed and shared by Sports presenter with Kumasi-based Pure FM, Bright Kankam Boadu.

A certificate confirming the honor was signed personally by the Secretary of State of the US State of Georgia, Brad Raffensperger.

The honor certificate descibed Dr. Kwaku Oteng as an “outstanding citizen” and called on other states in the USA and outside to consider him as a “Goodwill Ambassador” from Georgia.

The Georgia Secretary of State also thanked him for his service to the state.

For Real Or For Hype? Ghanaians Express Their Views On The...