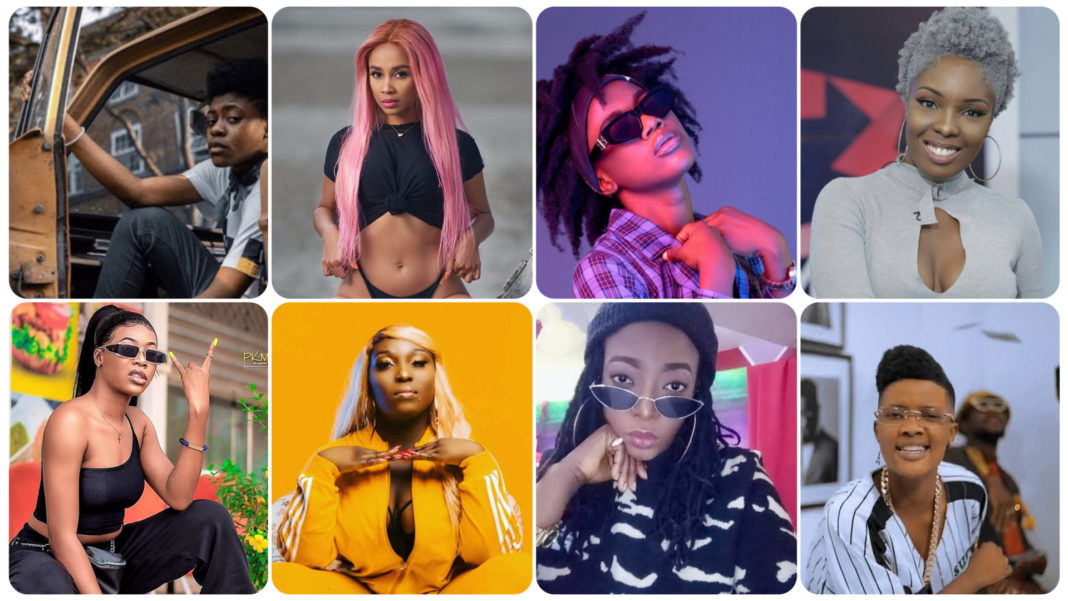 Award-winning rap power-house, Eno Barony in a recent interview with Koo Fori on Bryt Tv came out with a list of her top five(5) Ghanaian female rappers.

When asked the question, she was initially reluctant to answer. This is expected of any professional though. No one wants to step on the toes of fellow industry colleagues unnecessarily.

She intelligently placed herself in all five(5) slots to avoid any kind of post-interview controversy and drama.

Upon pushing further, Koo Fori finally got the list out of the queen of bars.

READ ALSO: Samini Cl@shes With Security Guard At Legon Campus As He Denies Him Entry As A Student – Watch Video

These names one will say have proven to be lyrically skillful on the Ghanaian female rap scene.

Fortunately and unfortunately, there are other equally talented femcees like Enam, Eazy Babe, Ruby Delart, Tiffany, just to mention a few.

So, Eno Barony just made it clear after she listed her top five(5) femcees that, there are more dope Ghanaian femcees out there and pleaded with her colleagues to pardon her if they didn’t hear their names.