Actress and movie producer, Tracey Boakye aka ‘His Only Chick’ has revealed in an interview with Zionfelix on the ‘Uncut’ show that even though her relationship with gospel musician, Ernest Opoku felled on the rocks some four years ago, their breakup had entirely nothing to do with her former boo’s sexual abilities because he was a beast in bed.

According to her, there is no need to stand anywhere and disgrace Ernest Opoku with the claim that he was bad in bed just because they broke some four years ago, because if she had to name just two of her former lovers who rocked her world the atopa way, the ‘Odo’ hitmaker will be in there.

The mother of one also confessed that, even though she broke up with Ernest Opoku because he was a serial cheat, he was so romantic and pampered here a lot when they were dating. She revealed that the musician was cunning and a great cook who will lure you in a great way only to disappoint you at the end.

Tracey also in the interview with Zionfelix after the press conference of the new movie yet to be shot, ‘Away Bus’ disclosed that their relation finally ended after she caught him cheating, and after confronting him, he physically abused her and she also destroyed the windscreen of his car and other things out of anger.

Watch the video of Tracey Boakye on the ‘Uncut’ show below: 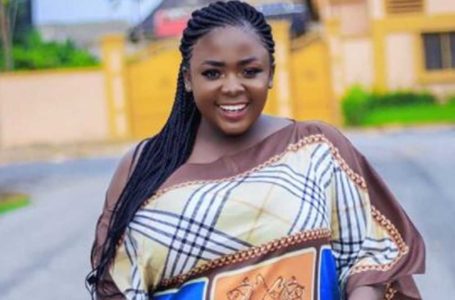 Top 10 Ghanaian Female Celebrities Who Have...