The Northern music star, Fancy Gadam had only one nomination for the 2017 Vodafone Ghana Music Awards and he’s doing all he can just to win it.

The Gadam Nation boss has been busy telling lovers of his songs to spend cash on votes in order to help him beat his contenders; Medikal, Ebony, Feli Nuna, Article Wan, Nii Funny, Rudebwoy Ranking and Eugy to pick the award for best New Artiste of The Year award on Saturday, April 8 when this year’s VGMAs comes off.

The “Bie Gya” singer has told Zionfelix on Radio Univers’ Brunch2Lunch entertainment show that he is the best person to pick the New Artiste Of The Year Award due to his works in the year under review. When asked about his campaign method used in soliciting for votes, the afropop, dancehall and reggae musical artiste disclosed that he visited the marketplaces to lecture his fans on how to vote for him. He added that a TV station in the Northern Region has been advertising his voting procedure right after his voting code was announced.

Again, the musician who does not want to lose the award to any of his competitors stated that he has made good use of his social media platforms during this campaign season. The musician real name Mujahid Ahmed Bello told Zionfelix on the show that he constantly reminds his social media followers to vote for him because he cannot fail to win.

Zionfelix.net gathers that Fancy Gadam left the North to the nation’s capital Tuesday noon to give him ample time to prepare for the big night.

Read Also: Here’s A Gist Of What Is Expected To Happen On VGMAs 2017 Red Car 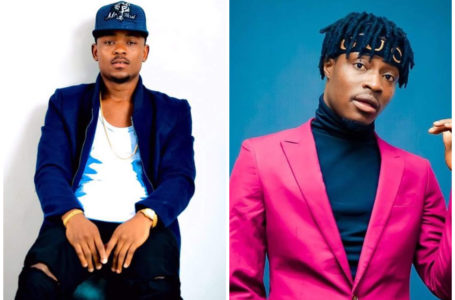 I’m The King Of Northern Music But...

We Have The Best Music Video In...