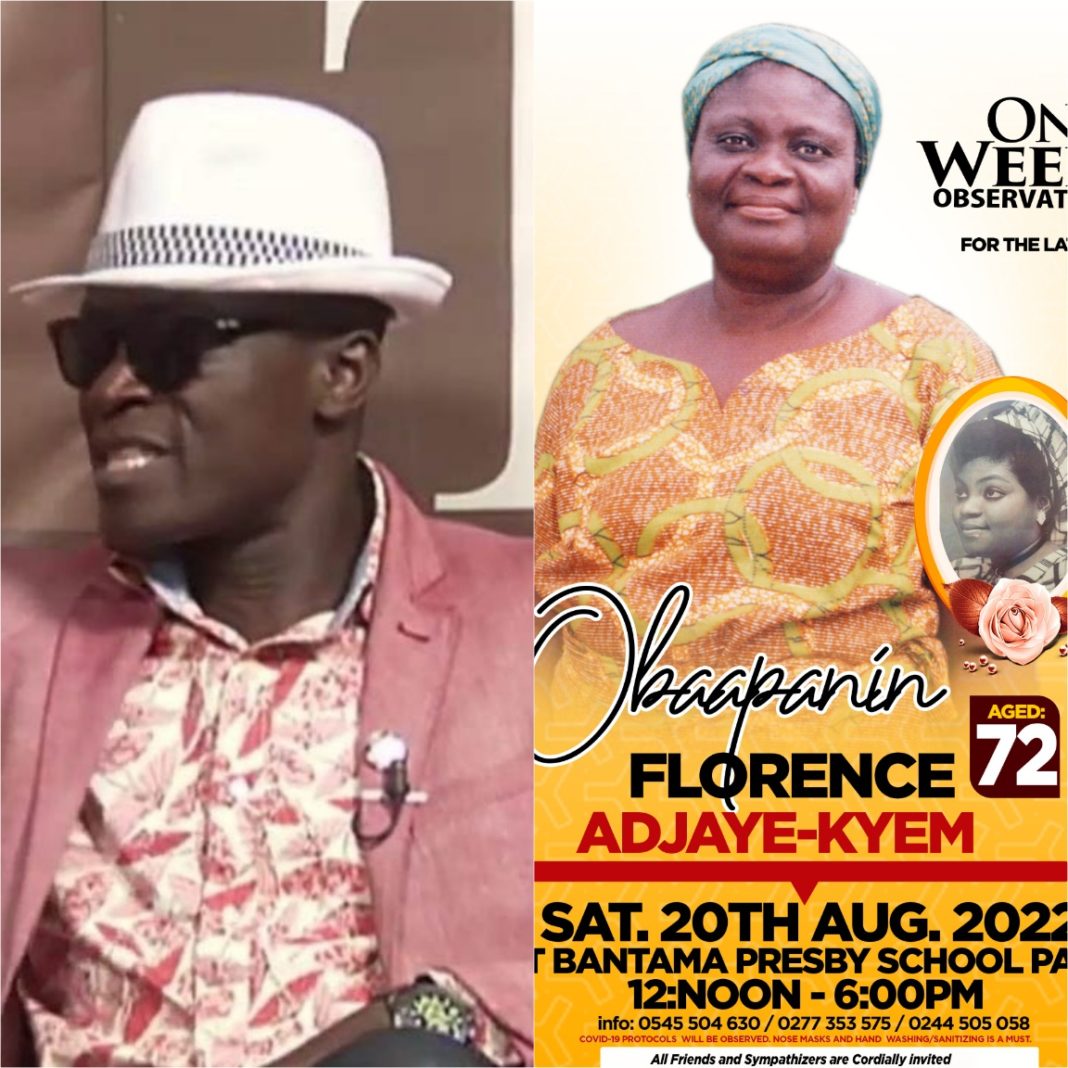 After five of her passing, her final funeral and burial service is about to take.

The actor via his social media handles has revealed that the funeral and burial services of his late mother, Obaapanin Florence Adjaye-Kyem will take place on Saturday, January 21, 2023, at Bantama Presby School Park.

He also revealed that after the funeral and burial service on the aforementioned date, they will be a thanksgiving service organized for his late mother on Sunday, January 22, 2023, Payer Memorial Presbyterian Church, Bantama Kumasi.

Asare Bediako called on all friends and sympathizers to come to mourn with him.

Our condolences to him and his family.

Share
Facebook
Twitter
Pinterest
WhatsApp
Previous article
Afrochella Co-founder, Ken Agyapong Jnr. Reveals Why They Changed The Name To Afro Future – Watch Video
Next article
‘Donate To My School If You Want To Book Me For An Interview’ – Michael Blackson Announces
- Advertisement -