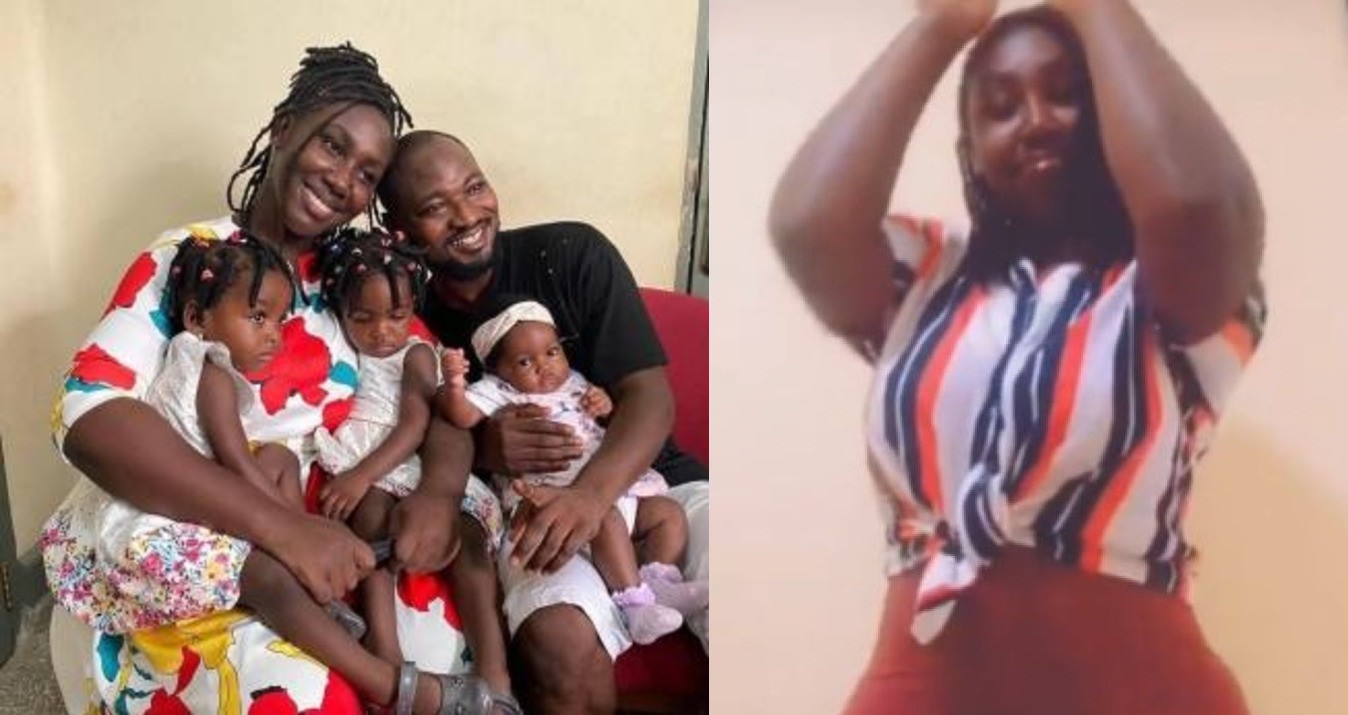 Venessa, the baby mama of Ghanaian comic actor Funny Face appears to be taking things slow and enjoying her life on the low at a time the latter seems to be going through a relapse.

In the last three days, Funny Face has been all over the place going on a rampage to insult and curse people he thinks have offended him in one way on his social media pages.

So far, regular culprits like Lilwin, Kalybos, Bismark the Joke, Funny Face’s ex-wife Elizabeth, his in-law, and of course, his baby mama Vanessa have all been bashed heavily.

In the midst of all the new drama and attacks, Funny Face in one video disgraced his baby mama, Venessa for being a thief.

According to him, Vanessa was stealing from him when they were living together but he kept it to himself because he didn’t want to disgrace the mother of his kids and went on to say that Vanessa duped him during the delivery of her recent baby.

He noted that Vanessa connived with her mother and took GHC 5,000 from him for C-Section when the actual amount was GHC 1,800.

READ ALSO: Ernest Opoku Was My Small Boy, I Coached And Opened Doors For Him – Bro Sammy

However, it appears Vanessa is unperturbed. She released a video on TikTok in which she is spotted happily jamming to Joeboy’s ‘Sip’ song.

In the video, she is seen in a nice royal blue morning coat singing and flashing a ring.