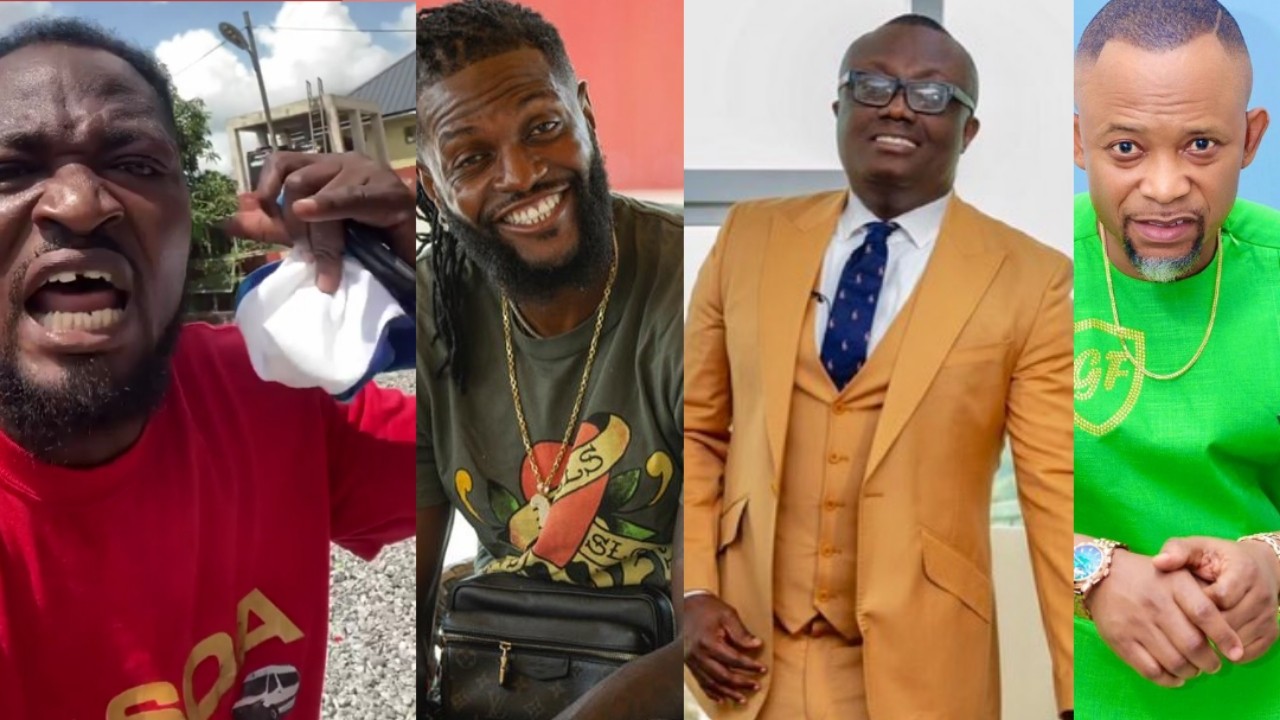 In a new video that zionfelix.net has chanced on, Funny Face was on a rampage as he hurled a lot of unprintable words on these personalities who have in one way or the other been there for him through his darkest moments.

In a video, Funny Face used words like ‘Fxck you, wo maame tw3’ on a celebrated and respected personality like Fada Dickson because, in his view, the latter has decided to shun him after his baby mama, Venessa, and her mother spoke ill about him to Fadda Dickson.

He then attacked the CEO of EIB Network, Bola Ray for terminating from Kasapa FM where he used to work even though he had done a lot of work on EIB’s Starr FM earlier.

He did not end there, Funny Face also had a jab for his pal and benefactor, Emmanuel Adebayor who has on numerous occasions given him a lot of gifts, including two different cars.

For the Togolese international footballer, Funny Face said: “Adebayor, for unfollowing me, F**k you. A friend stick to a friend no matter what. You spoke to me and I didn’t hear so what? Nigga, f**k you”, Funny Face fired.