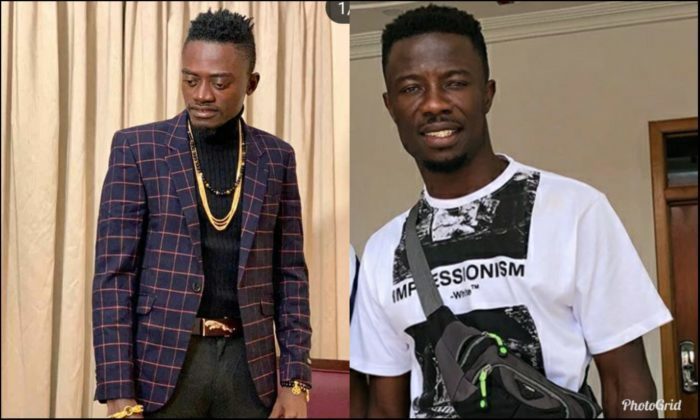 Ghanaian actor, Kwaku Manu has revealed that his colleague, Kwadwo Nkansah aka Lilwin, was very furious when they met on UTV some weeks ago.

A statement from Kwaku Manu asking Lilwin to be humble infuriated him live on the United Showbiz program hosted by Nana Ama McBrown on UTV.

When he was asked about why some of his colleagues refused to accept roles in his ‘Cocoa Season’ series, Lilwin indicated that he was ready to pay them but they declined his offer—and this utterance did sit well with Kwaku Manu—who retorted that Lilwin should stop creating an impression that he is richer than those he met in the industry.

Kwaku Manu stressed that he [Lilwin] is younger when it comes to the acting profession.

An angry Lilwin replied and this ended up in a heated argument between them on the show.

Their actions compelled the host and producers to go for a commercial break.

Responding to what transpired behind the scene, Kwaku Manu told ZionFelix in a recent interview that Lilwin would have beaten him if not the intervention of Fada Dickson.

He disclosed how much he loves Lilwin in this interview.

Kwaku Manu further advised him to have a cool temper.