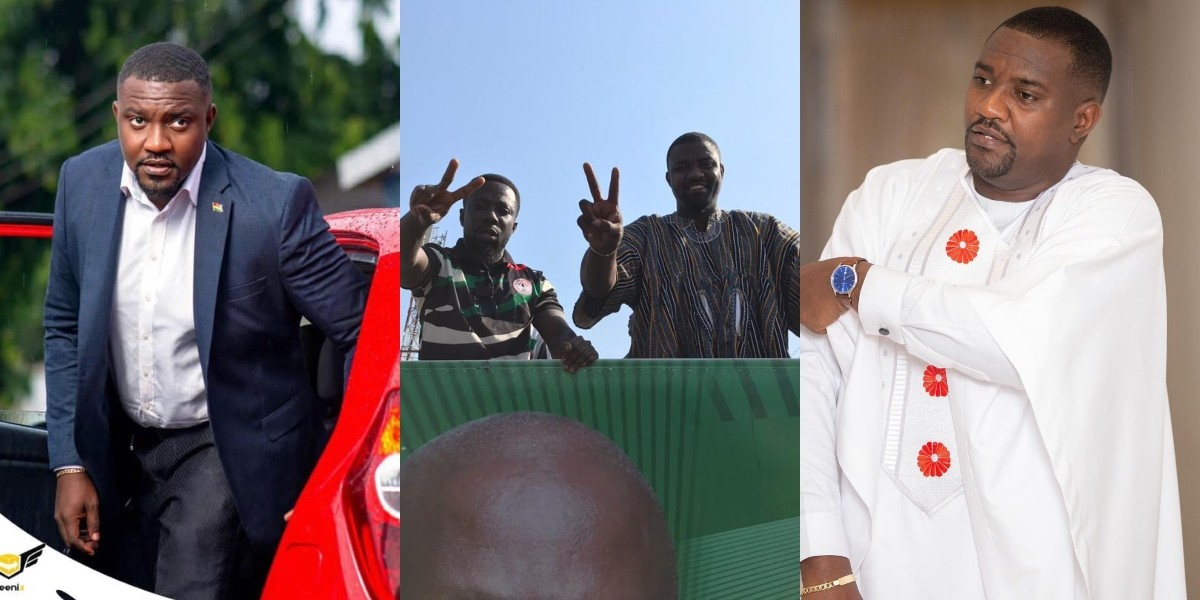 Mr Beautiful was seen in a video storming a DSTV center with the Ayawaso West Wuogon Parliamentary candidate with the hopes of securing some votes for him.

The veteran actor noted for his comic acting was seen handing NDC and John Dumelo branded fliers to some constituents.

SEE PHOTOS AND VIDEO BELOW:

Earlier some photos of the veteran actor popped up as he threw his weight behind John Dumelo and the NDC.

He was seen putting up the “two sure” sign while he rode in what looked like an articulated truck with John Dumelo.

Zionfelix.net earlier reported that some top celebs also went to campaign for Dumelo.