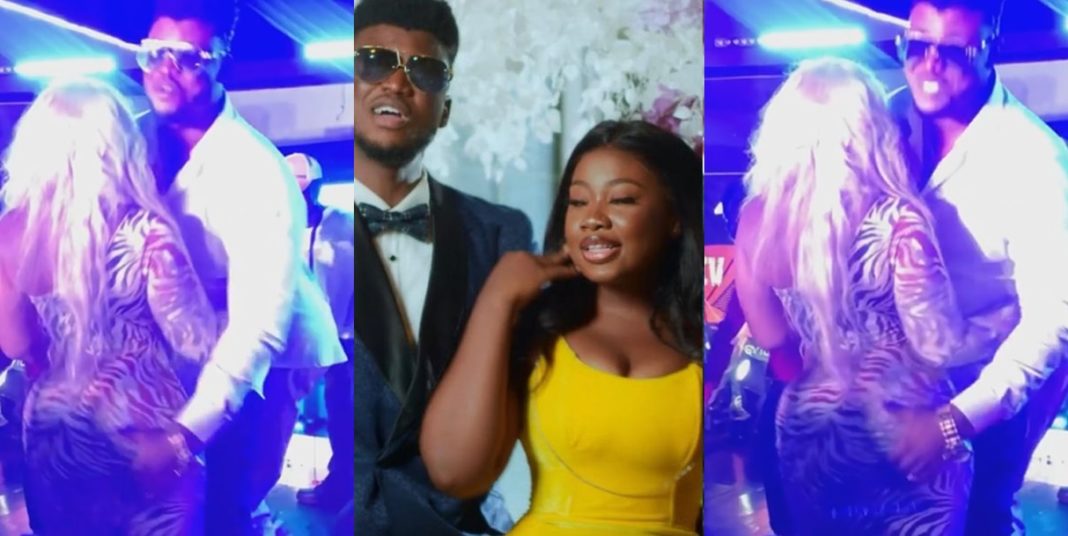 The 2022 VGMA ‘Unsung Artiste of the Year’ winner, Gambo has collaborated with music duo, Keche, for the new song he titles ‘Settle’.

The track produced by LexyzOnIt & Forqzy Beats is an afrobeat song that sees the rapper talking about marriage.

‘Settle’ was released on Friday, 10th June 2022 with its official video which features Ghanaian socialite, Shugatiti.

The release party happened at the 4Syte Mansion and it was graced by Shugatiti, Keche, and some key Twitter influencers.

READ ALSO: Netizens React To Video That Has Shugatiti All Over ‘Innocent’ Akwaboah

During the party, Gambo was seen grabbing and pressing the ny@sh of Shugatiti as the performed the song for the audience gathered at the 4Syte Mansion.

The video has been getting a lot of reactions with many of these netizens bashing Gambo and Shugatiti forgetting this is all for showbiz purposes.

Watch the official music video for ‘Settle’ in the video below and don’t forget to share your reviews with us via the comment section.

Hip Hop Is A Lifestyle And Culture Not Just Rap –...