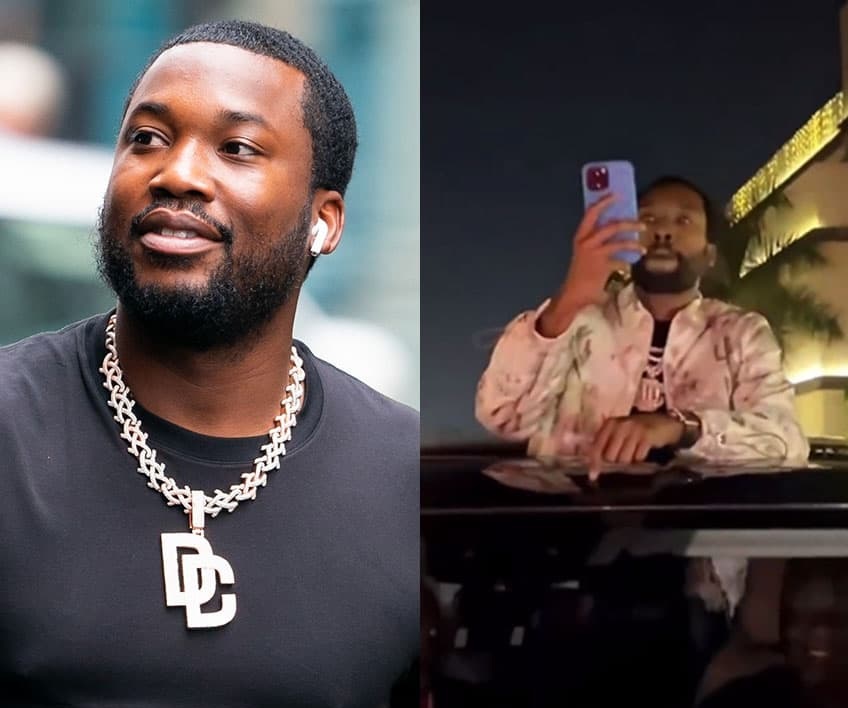 Ghana Police Service has released a statement on their social media platform about the arrest of the gentleman who allegedly stole the phone of American rapper, Meek Mill, on Friday, December 30, 2022.

The award-winning rapper complained that his phone was stolen on his Instagram story some moments before he hit the stage to perform at the 2022 edition of Afronation.

READ ALSO: VIDEO: ‘I Told Him To Give Up’ – Comedian SDK Dele Opens Up On Sad Events That Led To The Death Of His Father

The revelation was met with a lot of reactions on social media and just around set on Friday, December 30, 2022, one of Meek’s team members who is also his cousin, Omelly revealed that he has gotten the phone back.

Well, it appears that Ghana Police Service led the charge to retrieve the phone.

READ ALSO: Empress Gifty Cries As She Speaks About How Her Husband, Hopeson Adorye Came Into Her Life To Save Her From The Shame – Watch

In a statement they have released on their social media platforms, they disclosed how they arrested the suspect and r added that they were following the due process to ensure the gentleman who is called Nuhu Sule alias Ababaawa gets his day in court.

The Police have arrested one suspect and retrieved a mobile phone that was stolen from Meek Mill, an American hip-hop artist.

The suspect Nuhu Sule alias Ababaawa was arrested Friday, December 30, 2022, at his hideout in Accra. He is currently in Police custody and will be taken through the due process of the law.

The victim, Meek Mill, reported his phone stolen in Accra on December 29, 2022.

Share
Facebook
Twitter
Pinterest
WhatsApp
Previous article
VIDEO: ‘I Told Him To Give Up’ – Comedian SDK Dele Opens Up On Sad Events That Led To The Death Of His Father
Next article
VIDEO: Stonebwoy And His Wife Donate To Kids Admitted At The Korle Bu Teaching Hospital
- Advertisement -