Empress Gifty Cries As She Speaks About How Her Husband, Hopeson Adorye Came Into Her Life To Save Her From The Shame – Watch 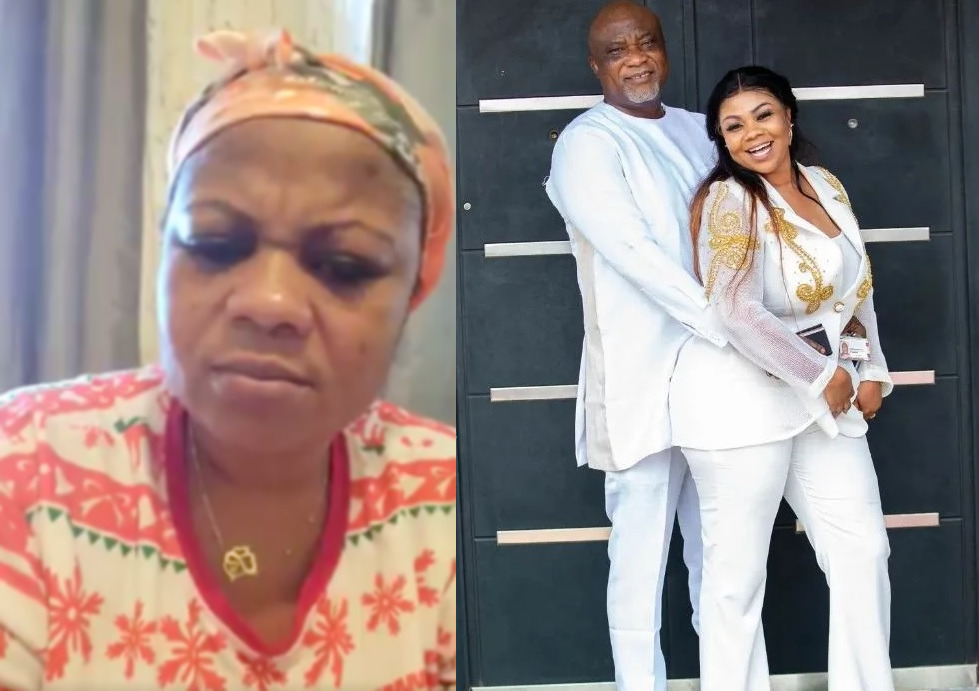 Popular gospel musician, Empress Gifty, has, in an emotional Facebook live video, spoken about the struggles she went through before she married her husband, Hopeson Adorye.

The couple got married four years ago in a ceremony that got a lot of netizens talking.

On the occasion of their fourth wedding anniversary on Thursday, December 29, 2022, Empress Gifty made a live video to ask her followers to thank her husband for her.

In the video, the award-winning musician broke down in tears as she reacted to people who have on countless occasions attacked her husband and painted him black.

The ‘3ya Woaa’ hitmaker revealed that her husband is only loud-spoken when he goes on radio or TV shows to do his work as a political communicator, however, whenever he is at home, he is very calm.

She also thanked him for deciding to marry her despite all the negative things people said about her prior to their marriage, including the false claim that she was going to leak information to people in the NDC.

READ ALSO: Meek Mill Cries Out As Thieves Steal His Phone In Accra

Empress Gifty further stressed that the decision of Hopeson to marry her despite all the things people whispered into his ears about her greatly saved her from disgrace.