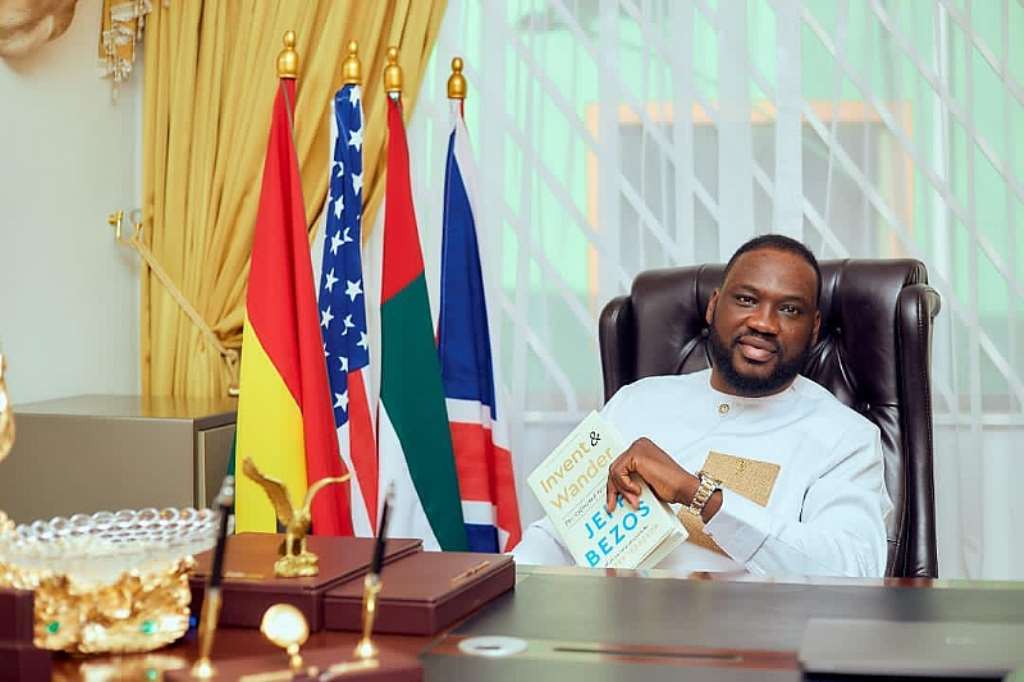 The CEO Of Salt Media Ghana, Ohene Kwame Frimpong has yet again got a hustling cobbler aka shoemaker dumbfounded by gifting him Ghc2000 to start a business that will make his life better.

In an emotional video that has been sighted online, Ohene Kwame Frimpong was seen in chit-chat with this cobbler he met when he was going to get his car washed somewhere in East Legon, Accra.

From their interaction, the rich Ghanaian businessman was heard telling this cobbler that as soon as he saw him along the road, a voice ask that he blesses his life with something small.

However, there were many cars behind him which meant that he could have stopped so he asked that if it is indeed God’s will that he helps the man, God should make him use the route he used.

Lo and behold, this cobbler used that route and he found him. Funny enough, the shoemaker revealed that he used a different route earlier but as he walked he was also told to change his steps and he, fortunately, met OK Frimpong.

The Salt FM owner asked him what he believed would be his most preferred business if he was to stop working as a cobbler.

After a lot of thought and being torn between two jobs, the cobbler said that he wanted to go into the sale of second-hand clothing and added that if he should get about Ghc2000, he was very sure all will be well.

As soon as he mentioned the amount, Ohene Kwame Frimpong dipped his hand in his hand wallet and gave him the Ghc2000 — something that God this cobbler dumbfounded and full of appreciation.

Watch the emotional moment in the video below