Gyakie, Others Billed For MTV Base, YouTube African Day Concert 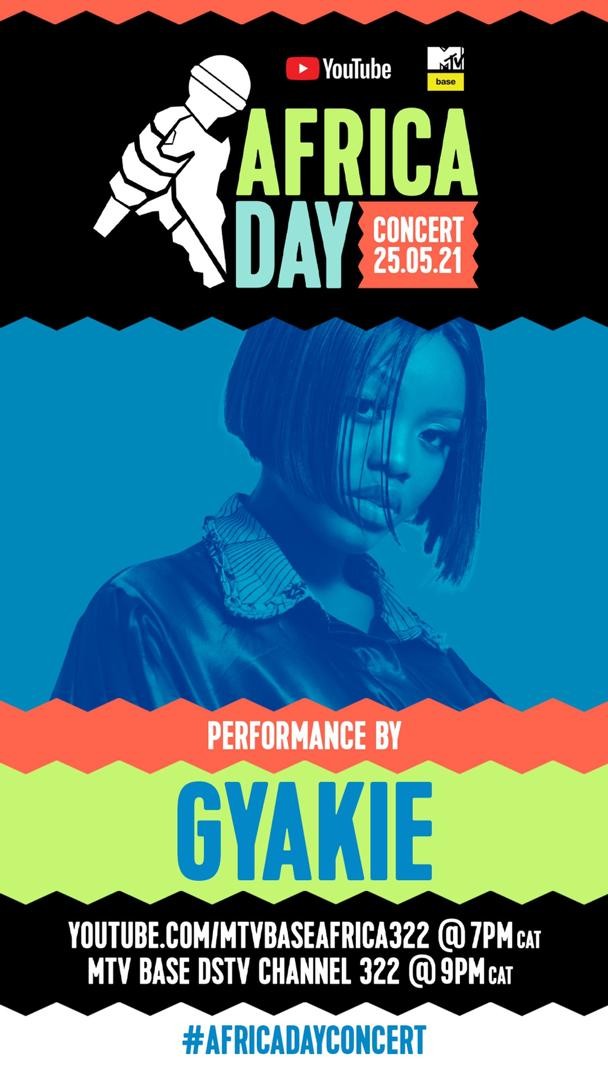 Sensational Ghana Afrobeat star, Gyakie has been announced as one of the main performers for MTV Base, YouTube African day Concert.

The Flip the Music/Sony Music UK act will be the only Ghanaian act billed for the Concert.

The highly anticipated global event is set to put Africa’s next global wave of talent centre stage at this year’s concert.

The virtual concert, will be hosted by award winning Idris Elba will be streamed to a global audience on YouTube and broadcast across MTV channels.

The reception for SEED EP was incredible as it was massive too. It catapulted Gyakie to continental consciousness amassing 11 million cumulative streams across DSPs till date. Also, the focus track “Forever” recorded a streak of wins; it was peaked at #1 in Nigeria and Ghana on the music charts, and continued its takeover assignment across Africa on platforms like Apple Music & iTunes, Billboard, Shazam, Triller and YouTube.

Watch the performance below: