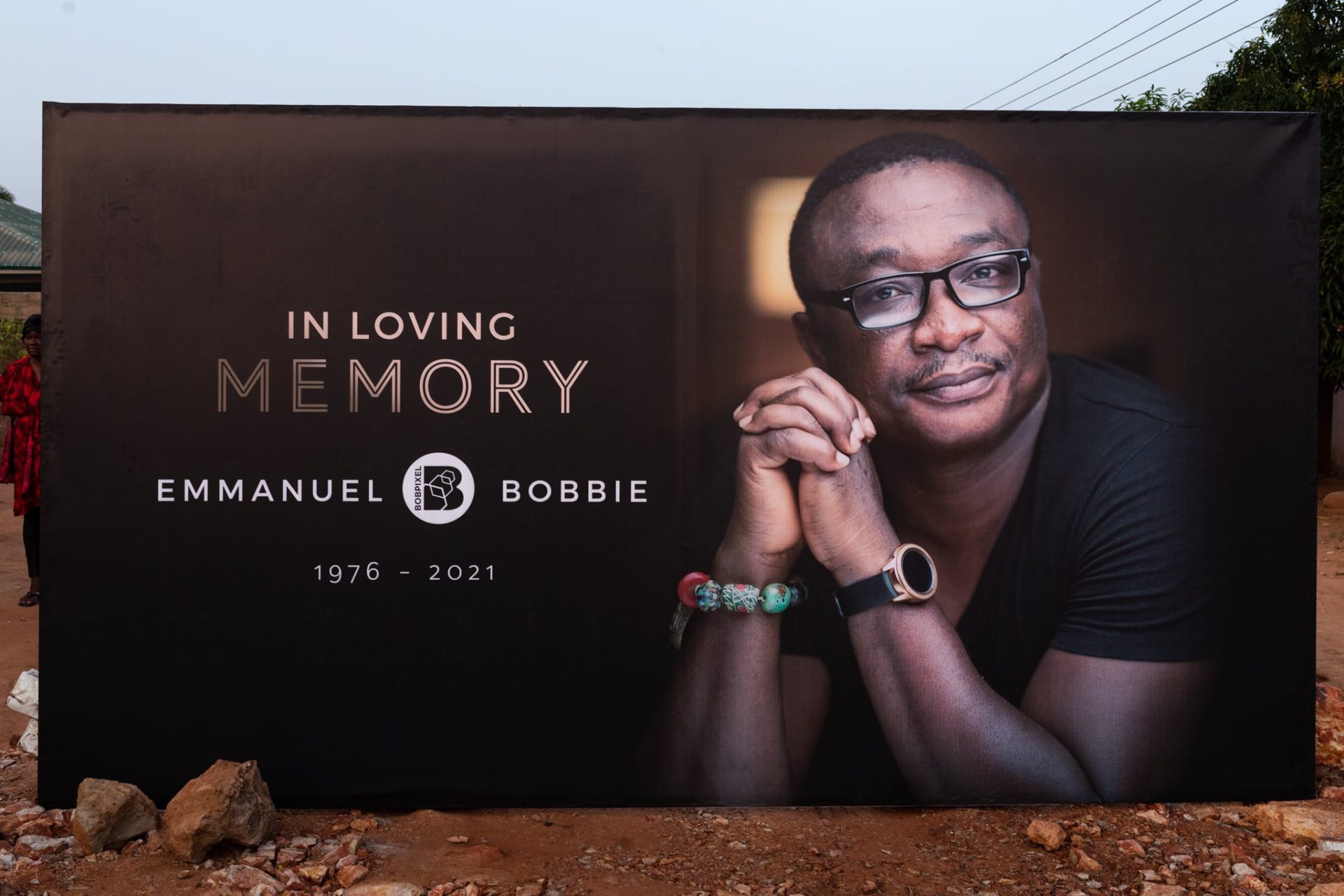 Reports about his passing went viral that afternoon through a series of tweets and Facebook posts from his close friends, industry players he worked with, and his fans.

Some photos that have surfaced online today, March 20, 2021, show that Bob Pixel is being buried in the capital.

The heartbreaking of his burial service were shared on Bob’s official Facebook page.

He was survived by three beautiful children.

Share
Facebook
Twitter
Pinterest
WhatsApp
Previous articleMarrying At Age 23 Has Been A Blessing For Me, I Don’t Regret It – Tiktok Star Asantewaa (Video)
Next articleSandra Ankobiah Officially Presents Her Wife To World (Photo)
- Advertisement -

John Dumelo’s Wife Flaunts Her Curves As She Sends Him Sweet...