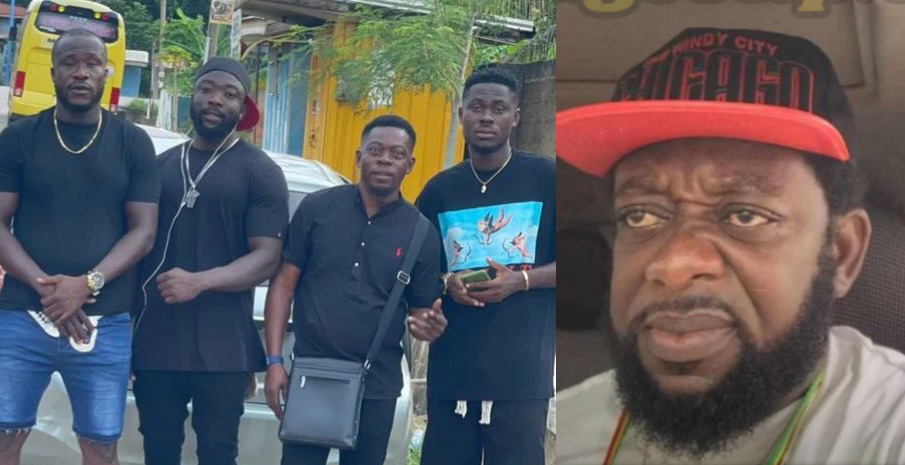 On May 17, 2022, it sadly emerged on social media that popular Kumawood actor called Osei Tutu had passed away.

The news of his death saw his mother and brother come out to allege that the actor was k!lled through some foul means by some of his colleagues in the industry because they allegedly envied him.

READ ALSO: It’s Been A Time Long Since I Heard From NAM1 – Kumi Guitar

While these reports have seen a lot of mixed reactions online, the family of the late actor settled on today, June 2, 2022, as the date for his one-week observation rite.

As a result of his work as an actor and presenter prior to his demise, a lot of the kumawood stars stormed his one-week observation rites to show their support.

Popular people in the industry like Ras Nene also known as Akabenezer, Ama Tundra, Shiifo, Longface, Sumsum Ahuof3, Komfo Koleege, and many others were there to show their love at the ceremony which was quite solemn despite how most of the young ladies and gentlemen in the area were behaving.

Check out some photos from the ceremony below

Share
Facebook
Twitter
Pinterest
WhatsApp
Previous articleCheating Is A No-Go Area For Women, Unlike Men Who Can Have Several Women Like Solomon – Papi Of 5Five Asserts
Next articleI Do Not Have Anything To Do With Your Wife – ZionFelix Finally Replies To Patapaa’s Accusation
- Advertisement -