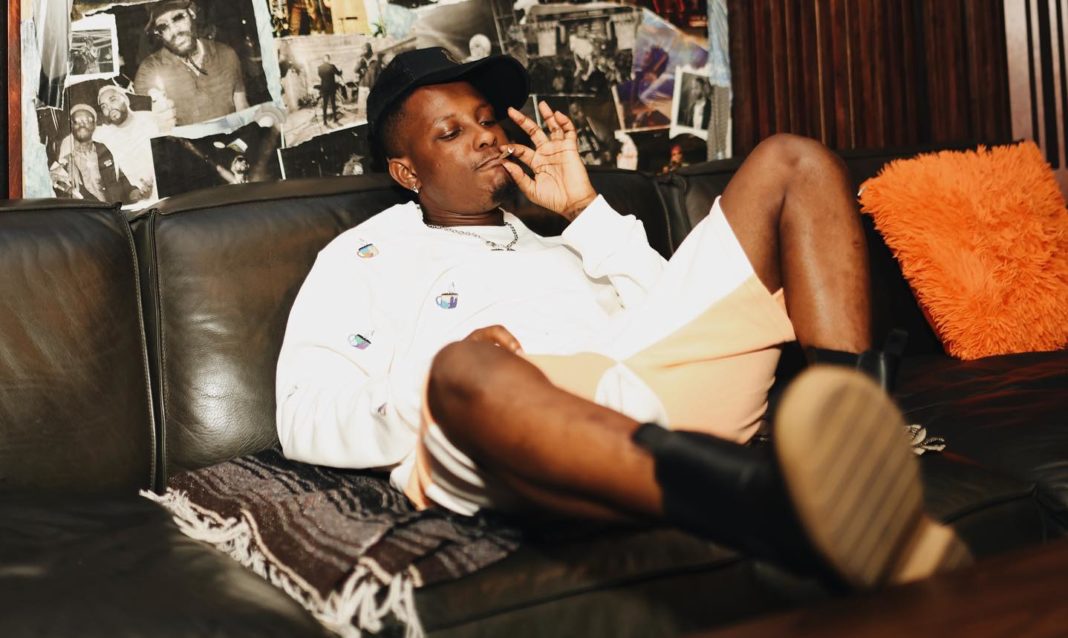 ‘Down Flat’ hitmaker, Kelvyn Boy recently shocked a section of the Ghanaian populace when he confessed in an interview that he loves smoking a lot.

Speaking passionately about why he loves smoking, Kelvyn Boy revealed that it is something he picked up after carefully following the life of late Reggae music legend, Bob Marley.

READ ALSO: “God Saved Me Today” – Sista Afia Says After Being Involved In A Car Accident

He went further to add that contrary to the claims of others that people who smoke will go mad, he will rather go mad when he fails to smoke for just a day.

Amid the numerous to these remarks, a throwback video of Kelvyn Boy in an earlier interview swearing heaven and earth that he does not smoke has surfaced online.

In the said video, Kelvyn Boy was being interviewed on the Delay show by Delay when the question was asked.

At the time, he stated firmly that the only time he has come close to anything which is weed is when he goes to nightclubs and sees others smoking.

I Am Not A Mainstream Artist Yet – Kelvynboy