Broadcast journalist Nana Aba Anamoah and Nana Adabor Ibrahim Isaah Ampim aka Honorable Aponkye have not been playing with their ‘besties’ game during these holidays.

After attending a party together quite recently, Nana Aba and the defeated Adukrom Nima assemblyman aspirant have been spotted hanging out in the capital again.

In a video, zionfelix.net has spotted on social media, Nana Aba and Hon. Aponkye are seen in a salon where the latter was being given a pedicure.

Throughout the short video, Hon. Aponkye is not able to compose himself properly for the pedicure to be done for him.

According to him, the great feeling he was getting while the lady did her work was the simple reason he wanted to faint. He is heard saying: “You are making my me feel too good” while he laughs hysterically and moans as well.

Hon. Aponkye is certainly a funny character. Watch the hilarious video below… 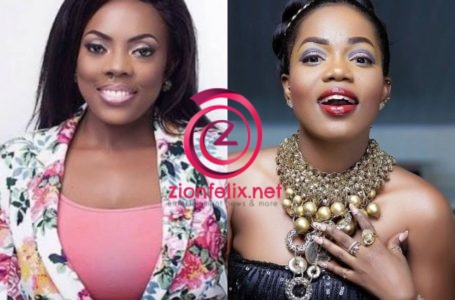