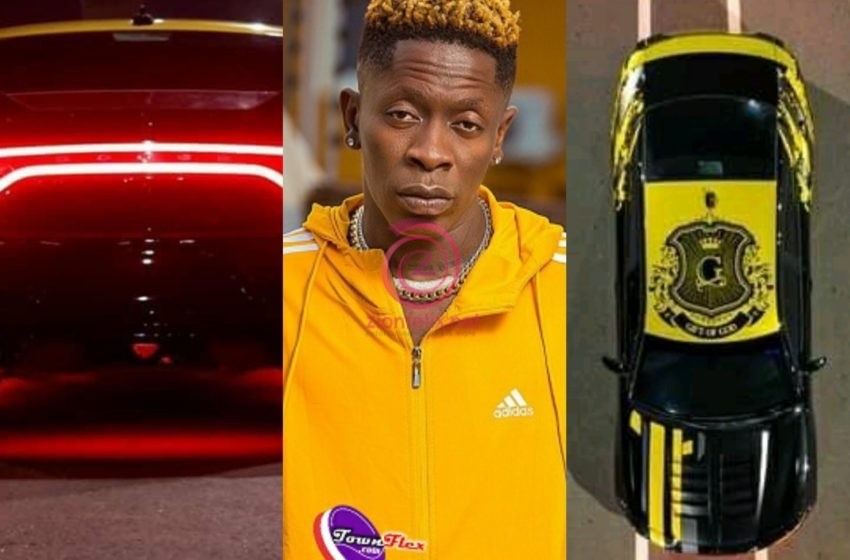 Ghanaian dancehall artiste, Charles Nii Armah Mensch Jnr popularly known as Shatta Wales has claimed that he is the first dancehall artiste in the whole of Africa to have his car customised.

His comments come after the “Botoe” singer customised his Dodge car with some exclusive features.

The car which is customised with yellow and black colors with Shatta Wale’s name at the front and his GOG logo at the top made its first public appearance at Sundaze at the birthday party of one Young Rich Shugar Kwame.

The car also has Shatta Wale’s cartoon on one of its sides and a starlight headliner designed in the top interior with the artiste’s crown-like logo.