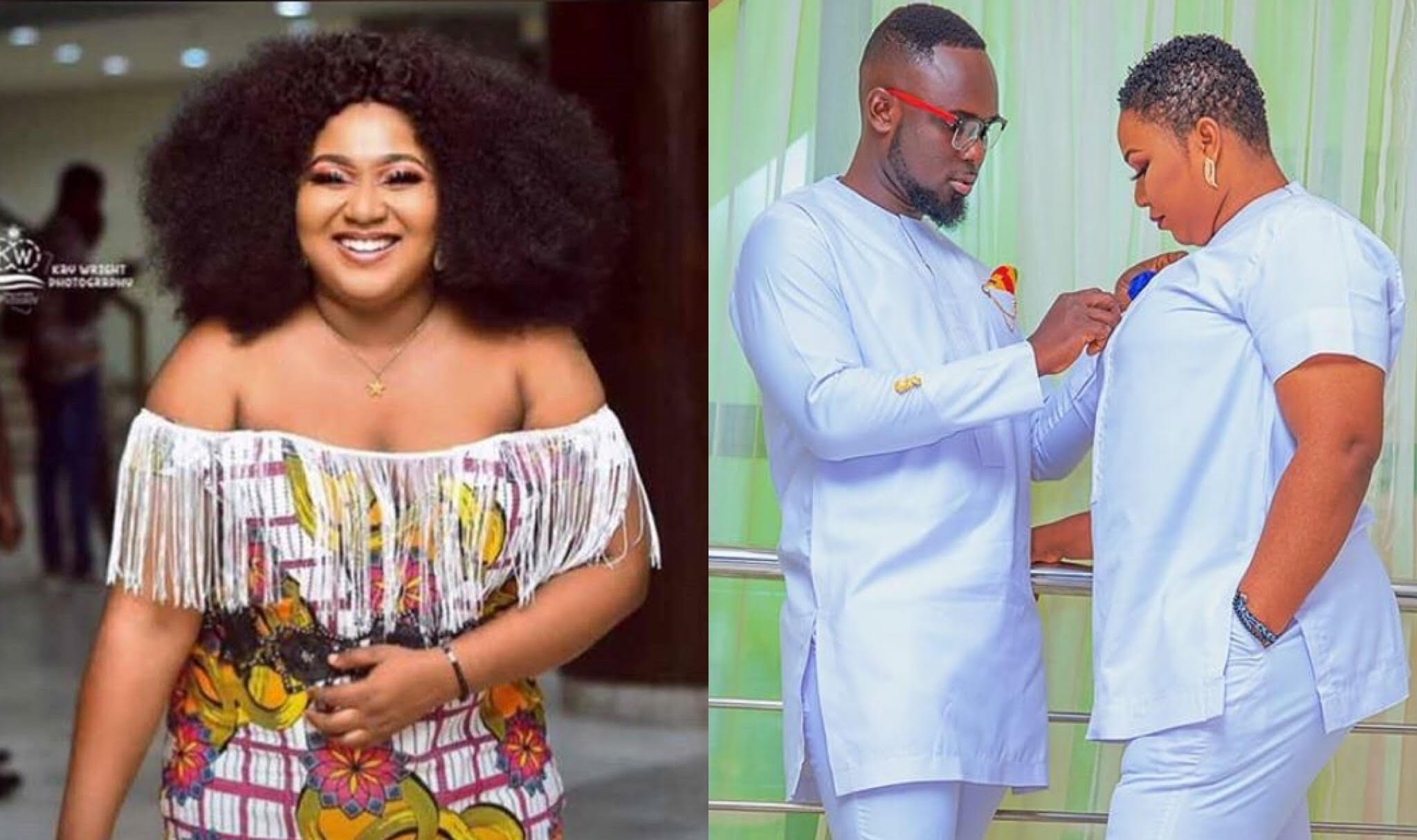 Ghanaian actress, Xandy Kamel has said she trusts her husband to some extent.

Speaking in an interview with Ola Michael on Neat FM’s ‘Entertainment GH’ program which was monitored by Zionfelix.net, Xandy divulged she doesn’t trust her husband, Nana Kwaku Mensah Kaninja up to 100 per cent.

According to her, the percentage of the trust she has for him is about eighty per cent—and her husband knows that she doesn’t trust him up to 100 per cent.

She was quick to add that personally, she doesn’t trust herself up to hundred per cent.

Xandy Kamel admitted that some women will have an interest in her husband because “he is a fine boy”.

Before they tied the knot, Xandy revealed she had people who admired her and wanted her, so in the same vein, her husband will have some women who will have interest in him or had a crush on him.

She opened on how she laughs out loud when she reads some comments beneath the post of her husband on social media.

However, Xandy Kamel said their concentration is on how to make a better foundation for their kids to come.

Watch a session of the interview below.