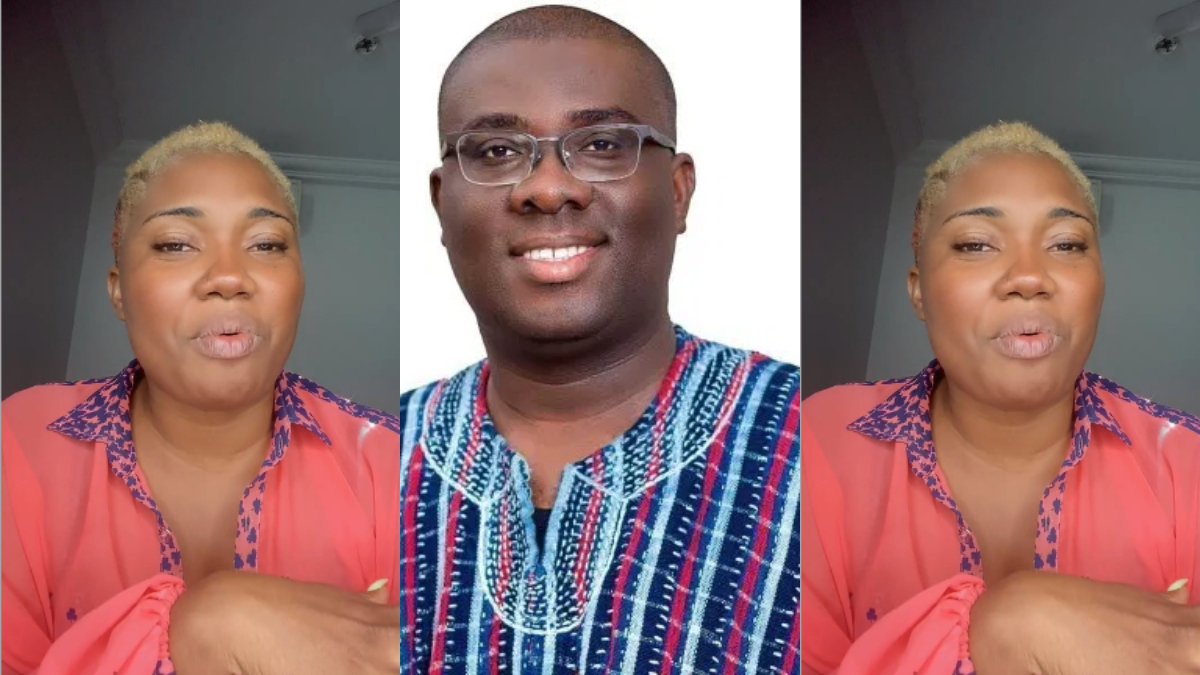 Less than 48-hours after making several social media broadcasts about some prominent Ghanaians including politicians amidst serious allegations, Nana Abena Korkor Addo is backtracking on such claims.

The socialite had among other allegations claimed the Director-General of National Lottery Authority (NLA) Mr. Sammi Awuku threatened to unleash thugs on her.

READ ALSO: Sammy Awuku Allegedly Reports Abena Korkor To The CID For Offensive Conduct; She Quickly Responds And Threatens To Sue Him (+screenshots)

According to Abena Korkor, she was not afraid to die at 31 daring Sammi Awuku to unleash the so-called thugs to kill her just like they did to the late JB Danquah Adu. The former TV3 presenter added that even Jesus Christ died at the age of 33.

Following these allegations, Mr. Awuku petitioned the police Criminal Investigation Department (CID) to investigate the matter in the wake of a series of unresolved murder cases in the country and bring the perpetrators to book.

READ ALSO: Ameyaw Debrah Reveals How Much He Has Made On YouTube

An invitation was therefore extended to Ms Abena Korkor who after back and forth with Dr. Gustav Yankson Director of the Cybercrime Unit at the CID Headquarters honoured the invitation on Tuesday, February 1, 2022.

After several hours of grilling, she claimed the allegations levelled against Mr. Sammi Awuku were not backed by evidence but rather hearsay.

According to her, Broadcast Journalist with Joy Fm Mr. Kojo Yankson was the one who warned her and she had no choice but to believe in what she was told.

Asked if she had any form of communication to suggest that Mr. Kojo Yankson indeed made those claims, she disclosed to police interrogators that she is unable to adduce that as well.

It’s gathered that Mr. Kojo Yankson has since been invited by the Police CID on the matter and is likely to appear before them this week.

Meanwhile, Ms Abena Korkor has apologized to Dr. Gustav Yankson following the violation of the data protection act when she leaked private chats between them to the public.

Share
Facebook
Twitter
Pinterest
WhatsApp
Previous article
VIDEO: ‘I Love You My King’ – Rev. Obofour’s Wife Goes Romantic As She Ki$$es Him And Wishes Him A Happy Birthday
Next article
VIDEO: Beautiful Moment Members Of The East Legon Executive Fitness Club Surprised Dr. Osei Kwame Despite At The Airport Ahead Of His 60th Birthday Celebration At Wiamoase
- Advertisement -