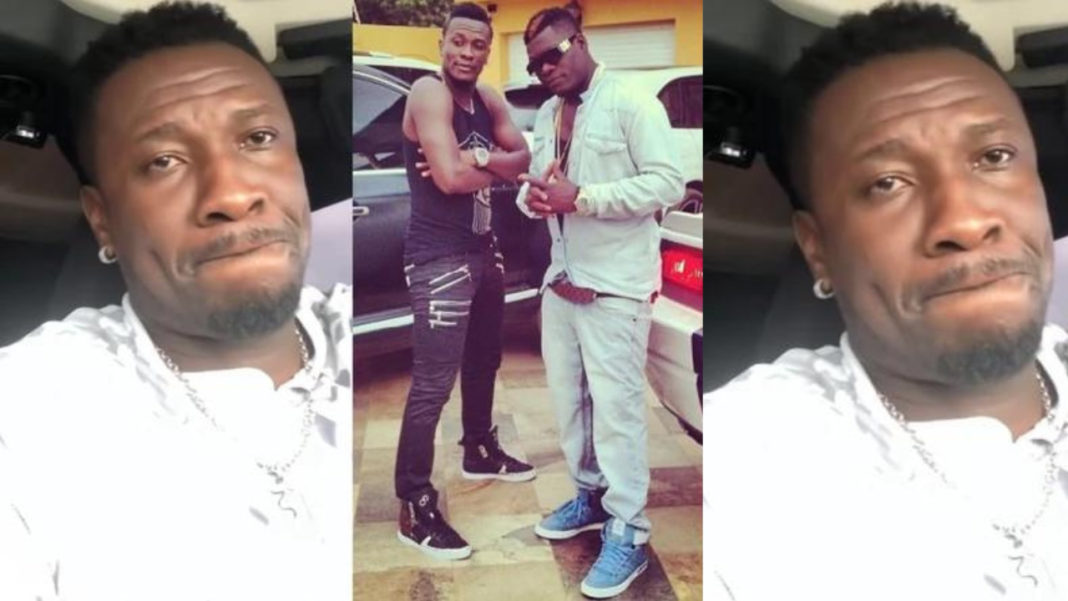 Although it’s been 9 solid years since musician Castro mysteriously disappeared on Ada River while riding a jet ski together with a beautiful lady known as Janet Bandu at Ada Estuary.

Anytime the issue of Castro’s disappearance pops up on social media, Asamoah Gyan‘s reputation gets dragged into the mud because he was the one who went with Castro on that tragic vacation.

However, Asamoah Gyan claims that despite the singer going missing in July 2014 he still misses him every day.

Speaking in an interview with Dan Kwaku Yeboah about how Castro’s disappearance emotionally affected him, he said;

“I met Castro in Italy. He came there with KK Fosu for a show in Udine and while performing, he spotted me in the crowd and invited me on the stage to dance,“

“So it was at that time that we clicked and this was in 2005. After the show, I took their numbers and when they arrived in Ghana, Castro called me to inform me they are back in the country.”

He added: “I asked him to perform some freestyle, so as he was performing, I was harmonising, and at that moment he knew I had some musical talent. We went to the studio and made the hit record African Girls.

“I miss him every day but I just don’t show the emotions. I always feel his presence around me.”

In Gyan’s autobiography, Legyandary, he narrated the lengths he had to go to, including visiting a shrine, in his search for Castro when the musician went missing.

As we contemplated our next line of action, a man from the town showed up. He claimed there was an oracle in Ada which could help us find the missing persons,” Gyan wrote in his book.

“He added that the oracle was very powerful and such matters can be easily handled by it. Though I wasn’t very superstitious, I felt obliged to go along since we were in a fix.”

He further explained: “What else could we do? I was a little scared of the ensuing encounter with a priest so I declined to join them to the shrine. I had a little money on me so I decided to return to the hotel and gather some money in case we had to make any payments later on.

“I was in a dilemma, lost in thought and wondering if perhaps this oracle could help. One returned with news that the consultation would cost Ghc 100 and a bottle of schnapps. I wondered silently if the schnapps was for the gods or for the priest.”

READ ALSO: VIDEO: Oboy CJ jumps to Lilwin’s defense amidst beef with Oboy Siki; Reveals how the actor secretly donates to the poor and needy