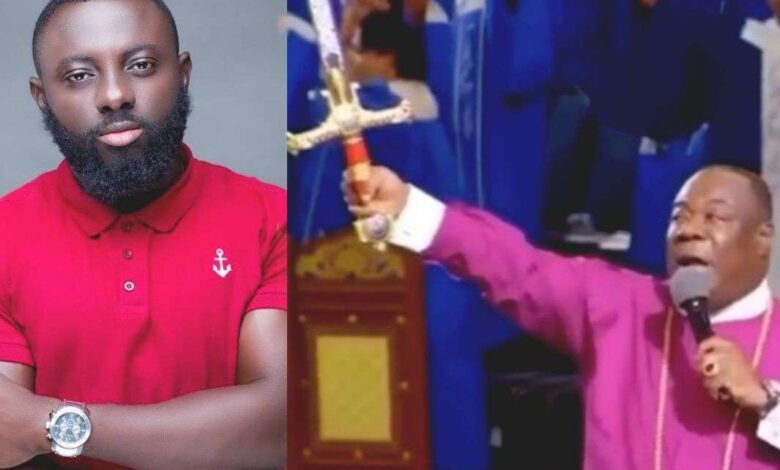 Ghanaian filmmaker, Kofi Asamoah has stated that there is no way he can insult Archbishop Nicholas Duncan-Williams.

Speaking in an interview with Kwasi Aboagye on Peace FM which was monitored by Zionfelix.net, Kofi Asamoah said his post about the Archbishop was misunderstood.

According to him, the import of his message was misinterpreted by the media platforms who reported his post.

Kofi Asamoah, the CEO of KOFAS Media stressed that he will never disrespect any man of God.

The movie producer posited he personally know Archbishop Duncan Williams and he has worked for him before. The KOFAS Media boss said his respect for him is not because he knew him—but he respects him as an elderly.

Kofi explained that he meant to say the actions of men of God should not be condemned no matter where they are coming from.

Looking at how his post was misunderstood, Kofi Asamoah revealed he has pulled it down.

He further apologized for his comment if his statement came across an insult.

It all started after the General Overseer of Action Chapel, Archbishop Nicholas Duncan-Williams was seen holding a sword at church. Kofi Asamoah emphasized that he never referred to his action as stupid.

Listen to Kofi Asamoah’s rebuttal below.