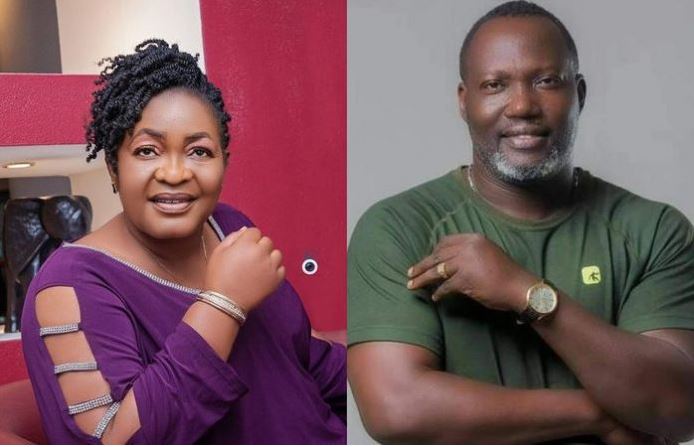 It has been a year since Ghanaian actor, Bishop Bernard Nyarko passed on.

One of his closest friends, Christiana Awuni has recalled how shocked she was when she heard the sad news about him.

Speaking in an interview with ZionFelix on the ‘Uncut’ Show, Madam Awuni said she did see the late actor for some time before his demise was announced.

For about a year and a half, Christian Awuni revealed she did set her eyes on Bishop Bernard Nyarko.

She reiterated that the late actor did not want people to see him when he was bedridden.

The popular actress also shot down claims that she had issues with him before his death.

READ ALSO: We Have Crooks And Hypocrites In Power! – Blakk Rasta Claims As He Plans #FixTheCountry Demo For 25th May (Video)

Christiana Awuni bemoaned over how people can make false claims about others.

Bishop Bernard Nyarko Did 4 Operations, I Healed Him But His...