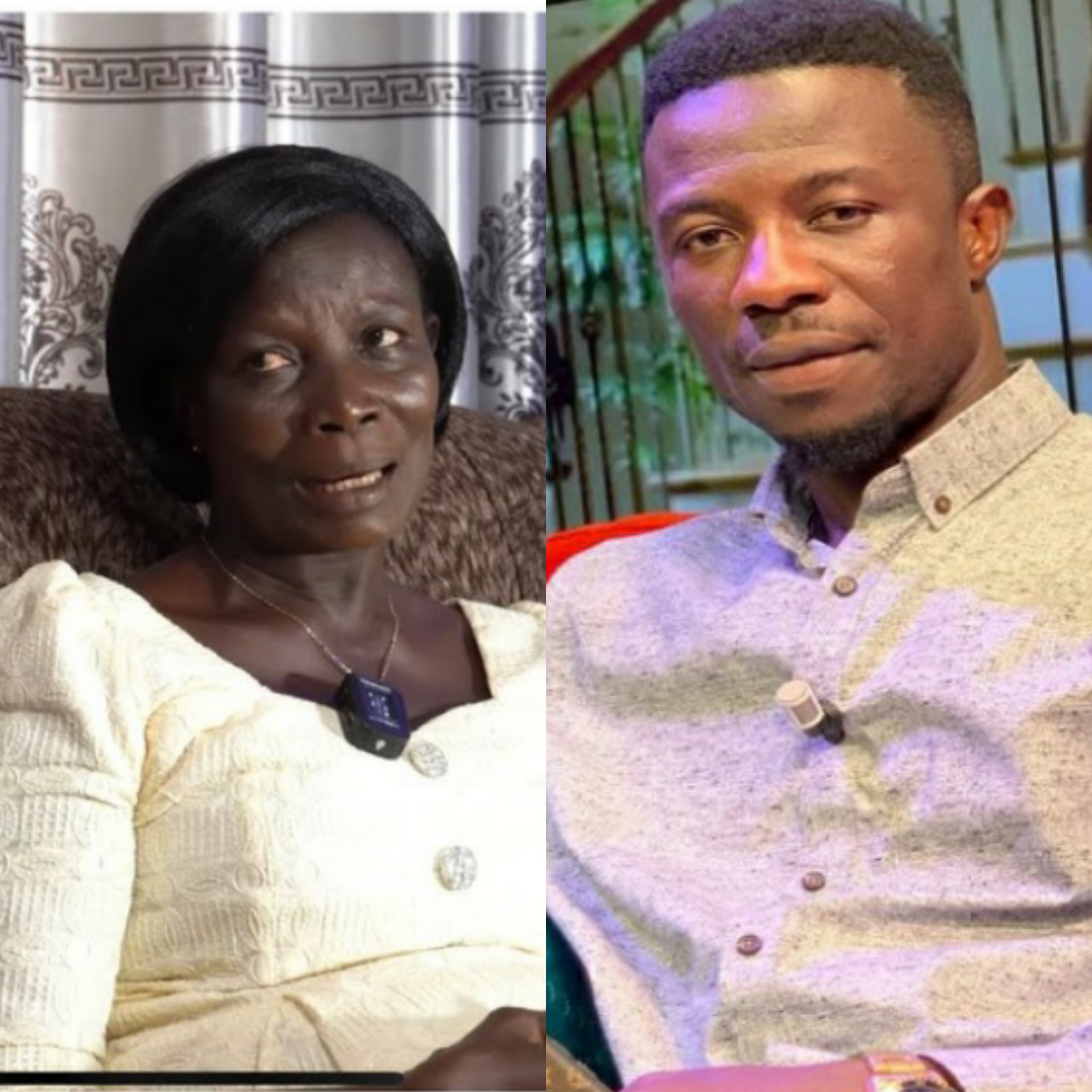 The mother of Ghanaian actor, Kwaku Manu has shared a touching story of how she sacrificed for her son.

During an interview with ZionFelix on the ‘Uncut’ Show, Madam Afia Nwotwewaa disclosed that she paid GHS 150 to popular actor Agya Koo to help her son in the movie industry.

According to her, Kwaku was passionate to be in the acting field, so she did not decline to give him the money when he requested.

READ ALSO: Leaving Our Former Label Caused Our Downfall But Going Back Is Not Possible – Music Group, Gallaxy

Sadly, her business collapsed after she gave the money to her son.

Madam Nwotwewaa recalled she started picking firewood and palm nut from the farm to sell.

She said they depended on this for some time.

Kwaku Manu’s mother emphasized that she has never regretted it after she gave the money to her son.

She revealed that Kwaku Manu has been pampering her after he became successful in life.

Watch how she shared the story in the video below.

Kwaku Manu Wasn’t Helping Me After He Became Rich & Famous...