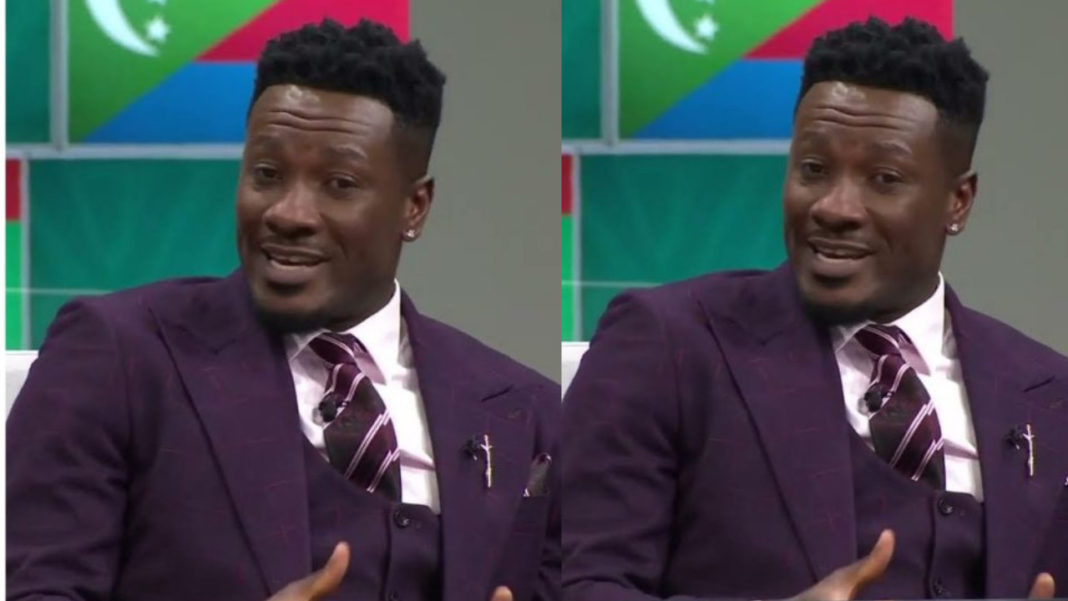 According to Asamoah Gyan, his loyalty to the Black Stars prevented him from signing for one of the big English clubs (Manchester City)

The former Blackstars skipper claims he declined an opportunity to join Manchester City of the English Premier League in 2008 because of the senior national team which he later captained.

Asamoah Gyan revealed that he turned down the juicy offer because he always had so much joy anytime he played for the senior national team.

Explaining the main reason he refused to sign for Manchester City, Bay Jet detailed that when the English team was ready to sign him in 2008, Ghana was hosting the AFCON and because of that he chose to ignore them.

Because he had accepted the offer, he would have had to forfeit the games and move to England—a hard decision he couldn’t take due to his loyalty to the Black Stars.

As a result of his refusal, Asamoah Gyan said Manchester City signed Emmanuel Adebayo instead.

“I always say I’m very patriotic.” Sheik Mansour had just purchased Manchester City at the time, and they wanted to sign me, but I was committed to the national team. I chose the national team over everything. That’s why some things hurt me.

“People didn’t understand.” But I’m sure after this interview they’ll understand why things panned out that way”

Asamoah Gyan played in England for Sunderland and during the transfer, he broke the club’s transfer record and netted on ten occasions in thirty-four Premier League matches during two seasons.