‘I Slept In A Kiosk With My Mom For Years’ – Fella Makafui Shares Story Of Her Hustle Days After Her Hubby Bought A Mansion Worth Over $200,000 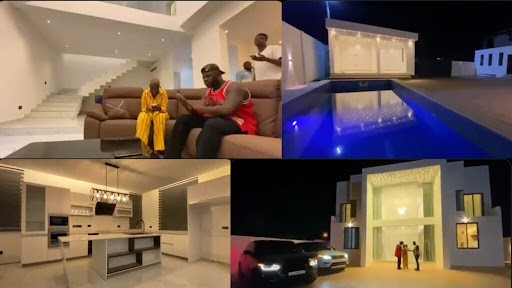 Ghanaian actress/entrepreneur Fella Makafui has told her followers on social media how life was difficult for her when she came to the capital some years ago with her mother.

In a post on her Instagram story recently, Fella Makafui revealed that despite being very comfortable in life now and the fact that she’s married to one of the richest musicians in Ghana called Medikal, she will always remember how she struggled with her mother when they came to Accra.

In the post, Fella mentioned that she came to Accra with just one of the popular ‘Ghana must go’ bags and was forced to live in a kiosk with her mother because they didn’t have anywhere to live.

She added that there were times she had sleepless nights with tears in her eyes because things were not going well for her family.

Well, despite all these hardships Fella Makafui and her hubby, Medikal bought a new plush house reportedly costing a little over $200,000, and in essence, she write this story to motivate others.