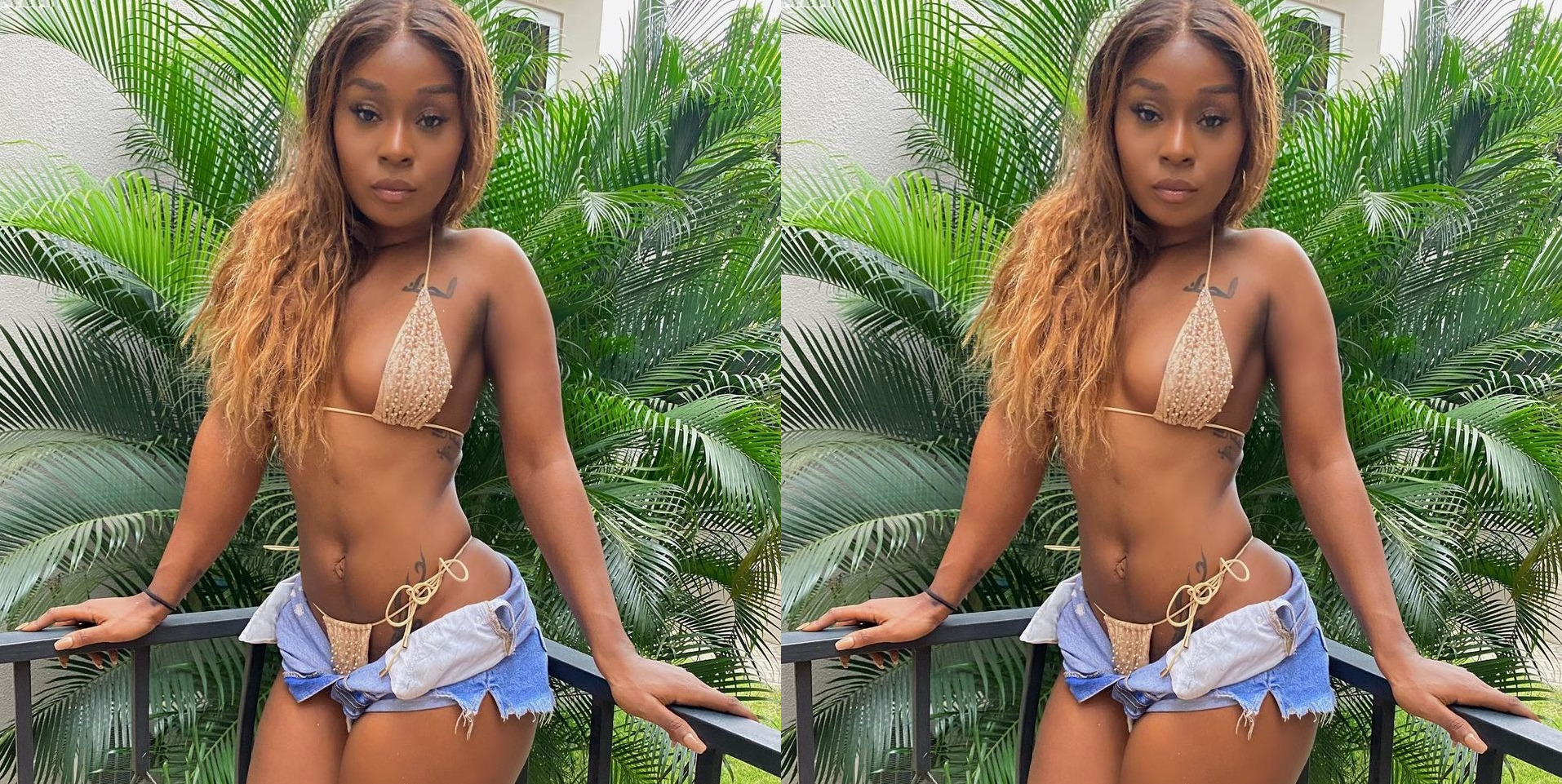 Ghanaian socialite Andrea Owusu has offered a disincentive to all men who want to eat her in return for money.

The socialite and actress who is also known as Efia Odo has stated clearly that if you are you looking forward to chopping her to give her money, you might not get the opportunity.

The actress said she wants the money from the men very much but they are not getting her pu$$y in return.

The actress also stated emphatically that she doesn’t want love from men. She issued a warning to those sending her emails in the name of love.

However, if you are a man and you have cash to spare, the Efia Odo said she will gladly take it but you will have to lool elsewhere to satisfy your s3xual desires.

“I’m not looking for love so y’all can stop emailing me😂. But if you wanna spend some cash I’ll gladly accept but don’t expect any pussy. You gone have to jerk off to bust a nut,” she tweeted.