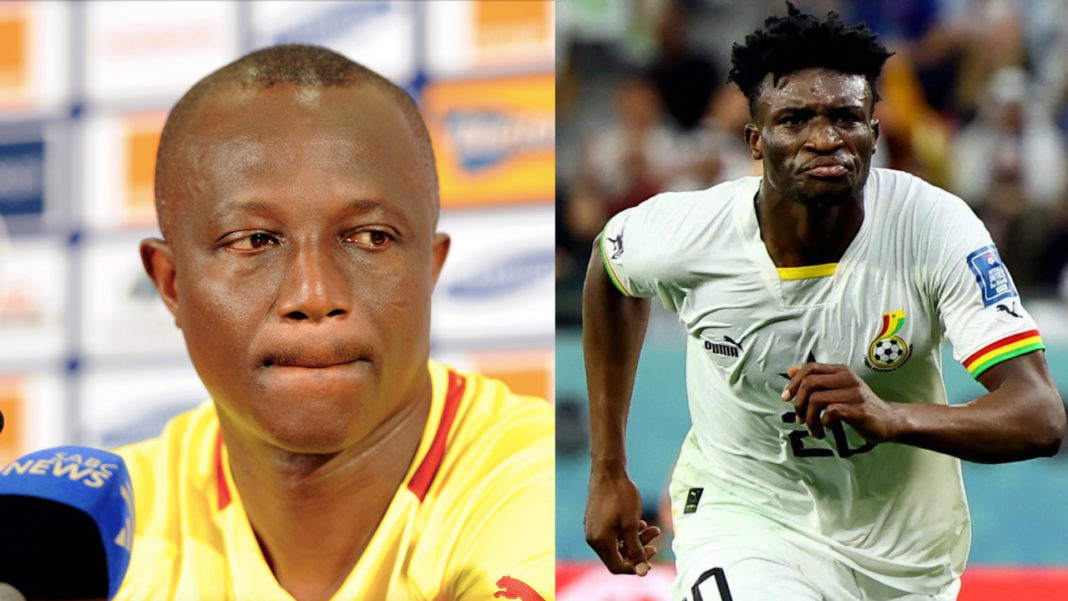 Former Blackstars trainer, Coach Kwesi Appiah has recounted that he almost lost his job after he invited Mohammed Kudus to play for the Blackstars.

As revealed by Coach Kwesi Appiah, his job was on the line when he invited young footballer Mohammed Kudus to play for Black Stars because some people in the GFA deemed his call not necessary.

READ ALSO: VIDEO: “I don’t have a sugar daddy, I’m in a serious relationship with only one man” – Serwaa Amihere dismisses reports of dating multiple rich men

Explaining what actually happened, Coach Kwesi Appiah alleged that he received threats from some officials of the Ghana Football Association (GFA) after he selected Kudus to play for the national team.

In the course of an exclusive interview with Dan Kwaku Yeboah, Coach James Kwesi Appiah said;

“Not only [Mohammed] Kudus but some other young players. There were people who felt the young players didn’t deserve the Black Stars call-up,”

“But for me, I had watched them and I believed them. I always told my players don’t prove to me, prove to Ghanaians. If you do well that’s for your own good.

“My job was on the line because I was warned that if I lost the match I will be sacked. I didn’t mind because I knew I was doing what was good for the country.”

READ ALSO: VIDEO: Ghanaian youth are not rich because they sleep too much and are lazy – Businessman McDan states

Meanwhile, Mohammed Kudus, whom the same GFA people didn’t want near the Black Stars team, was the most exceptional African player at the end of the just-ended FIFA World Cup.

‘Why Is Asamoah Gyan Leading Jama Spectators Instead Of Being With...