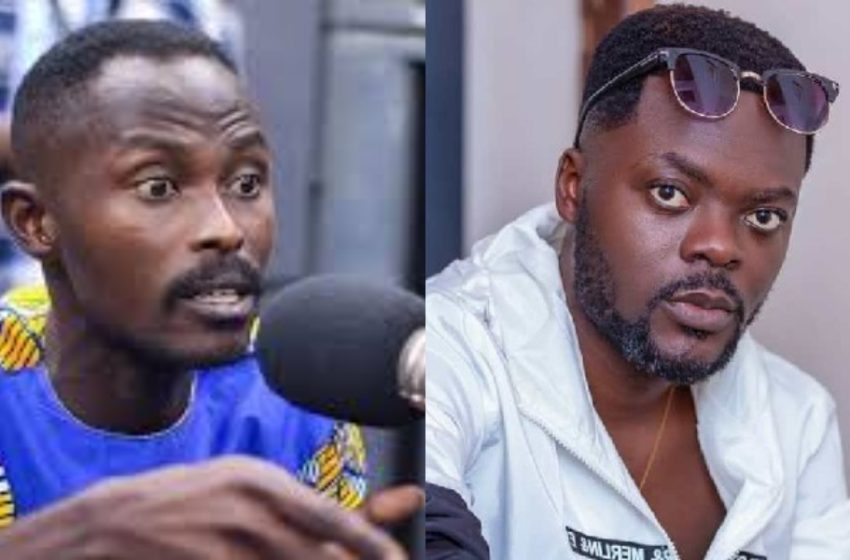 Broadcast journalist Sergio Manucho has called on the Ghana Police Service to quickly pick up rapper Cabum should any form of harm come to him any time soon.

Sergio, who was speaking in a radio interview, indicated that Cabum was reportedly inciting the public against him which will possibly amalgamate into threats on his life.

The popular radio presenter said he had been hurled with curses because a an award scheme that had been instituted and he had no influence over.

Rapper Cabum was nominated under the “Underground Artist of the Decade” for the awards because though he had many songs, he’s not actually had a hit.

Unfortunately, Cabum expressed his grievances against Sergio who happens to be one of the brains behind the award.

Sergio said he had kept quiet for so long and this was the time to speak up.

According to Sergio, his uncle sent him a video from the USA, that Sergio wasn’t aware of. His claims were that in the video Cabum said Sergio should be lynched.

As if that was not enough, Cabum placed curses on him that he (Sergio) should suffer epilepsy attacks, HIV/AIDs and measles.

Sergio reiterated that: “Cabum is a specialist in failure…. If I’m bitten by even an ant, Cabum should be arrested”.

Again Sergio said the awards are going to happen “life and colored”, and if Cabum wins again then unless he lynches him like he said.

The presenter went on to further say that he was not an arrogant person. He’s just a young man who’s less than 30 and does not deserve all the curses hurled on him by Cabum.

He went on to applaud Osafo Nkansah for having kept quiet all this while on the matter.

Praye’s Comeback Is The Most Useless Ever...