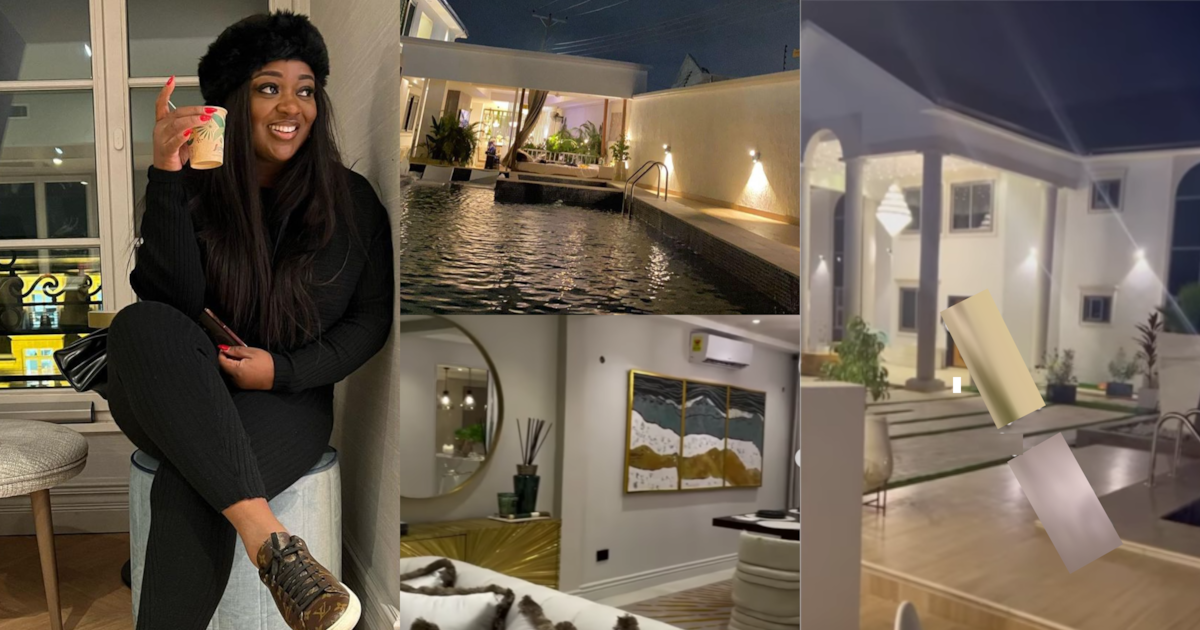 Some people have been questioning how she was able to fund the construction of her plush mansion after a video of it surfaced online.

He said Jackie has worked hard and she is not only from acting.

He added: “The person that was building the house at the time was like her uncle. I don’t know if he is the same person that finished the house but this is a project she started ten years ago…it is not something she started just yesterday and as for interior decor and things, it is about taste and class.”