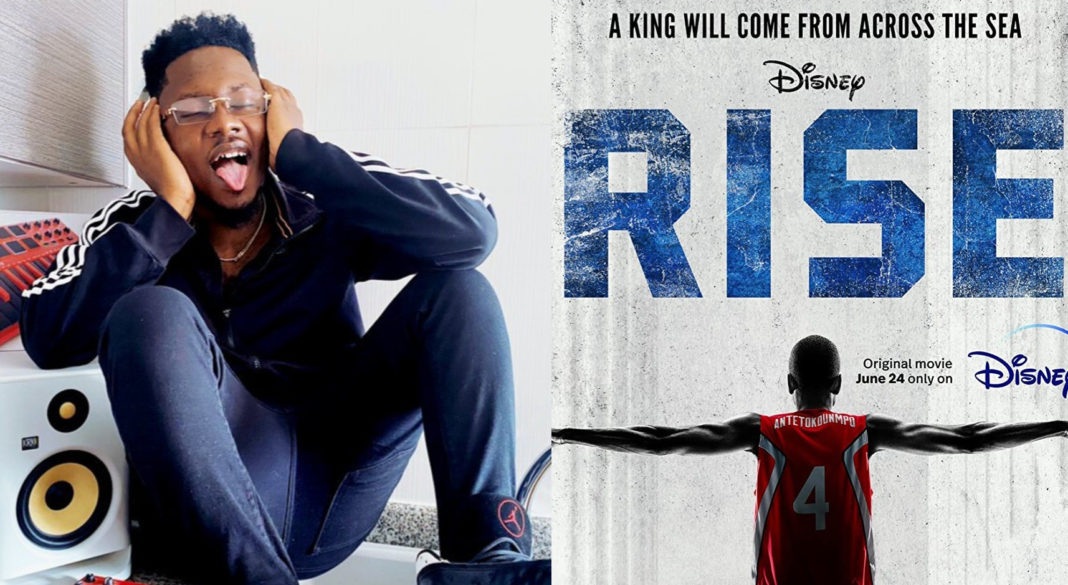 Renowned Ghanaian music producers TubhaniMuzik is the latest personality to add his name to the list of music people who have got their works used in top productions from Nollywood.

Already, the likes of Bisa Kdei, Nhyiraba Kojo, and a few others have been credited for such features.

TubhaniMuzik who recently signed  put a deal with Sony Music Publishing, has seen one of their productions duo featured as a soundtrack in a 2022 Disney movie.

This great news came to light when TuhhaniMuzik took to their social media pagee to announce that their song has been featured on Disney, One of the biggest movie platforms in the world.

The song which is titled “RISE By Ofili” was featured as a soundtrack in the 2022 Disney movie titled “RISE”.

From what we have picked up, Walt Disney Records will release the official soundtrack album for the Disney+ original movie Rise.

The film is currently getting a 7.1 rating from IMDb and a 93% rating by the ‘almighty’ Rotten Tomatoes tells the true story of the Antetokounmpo family that produced the first trio of brothers to become NBA champions in the history of the league.