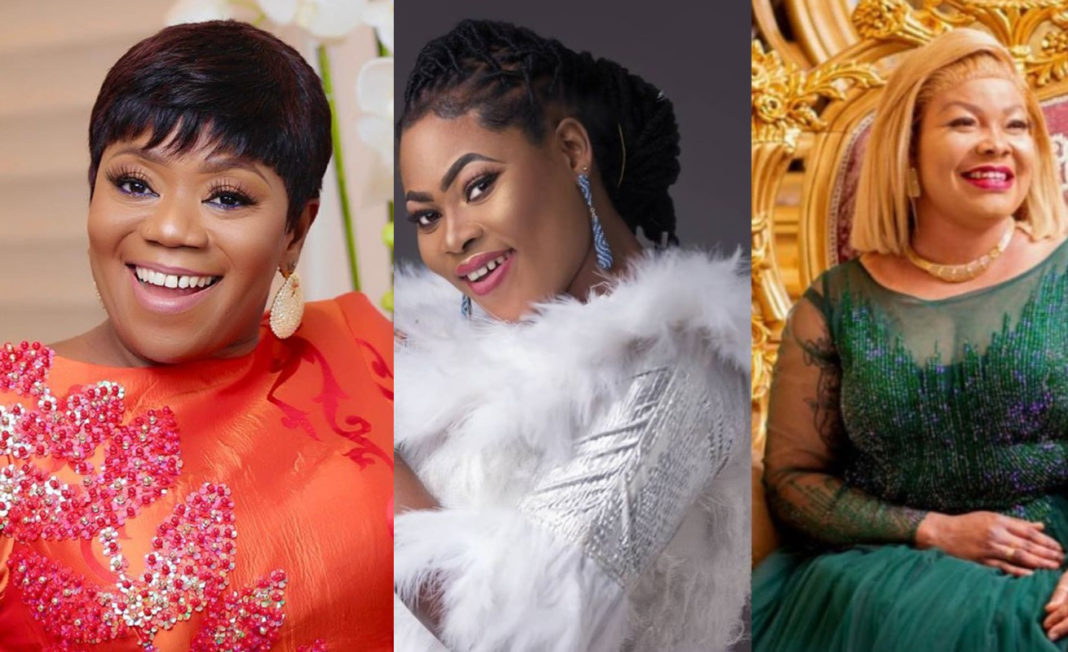 Nana Agradaa was beyond herself because Joyce Blessing subtly mocked her when her husband reportedly left her.

In reaction to that subtly jab, Nana Agradaa dropped some embarrassing videos of Joyce Blessing on her TV channel that got many folks on social media talking and bashing the award-winning musician.

After the many calls to Nana Agradaa to cease fire, she recently revealed that the only reason why she was finally going to end it was because gospel musician, Piesie Esther called her and pleaded for Joyce Blessing.

In a recent interview on Kingdom Plus FM, the host of the Afro Samba show, Fiifi Pratt asked Piesie Esther what she actually said to convince Nana Agradaa.

In response to this question, she revealed that she only told her that as people who are all working to propagate the gospel of God, there was no need for such fights and divisions.

Piesie Esther added that she believes that it is the doing of the Lord that probably got Nana Agradaa to actually listen to her and call a cease-fire.

When the host further questioned if the whole thing had anything to do with the fact that Nana Agradaa use to buy from her boutique back then, Piesie Esther firmly said she doubted.