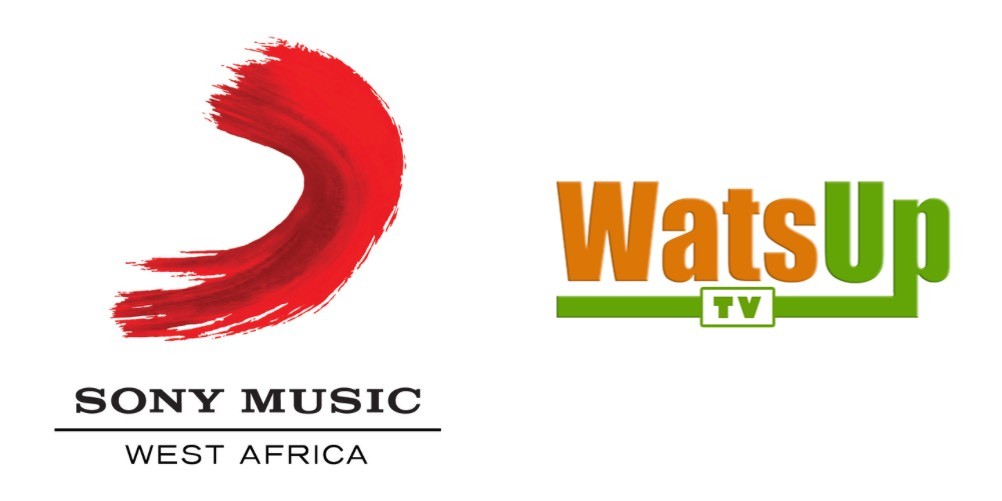 The partnership which is geared towards the benefits of several music talents will witness an agenda to solidify the prominence of various artists in Africa as WatsUp TV gets the opportunity with its platforms in multiple African countries to promote their works and extend them to new audiences.

Speaking about this august partnership, ABD Traore , CEO of WatsUp TV noted that, this partnership with Sony Music will give a big push to the works WatsUp TV has embarked on over the years to promote Pan-African music content and distribute them across the continent and beyond. He also noted that, talents affiliated to Sony Music will also get the opportunity to market their works and have the African continent appreciate their crafts.

Jim Donnett, Head of PR and Admin of Sony Music West Africa in a comment about this partnership stated, “a key component of our operations as a music company is story telling and we are confident in WatsUp TV’s ability to help us achieve this objective by reason of their influential status in pan-African entertainment and the many products and networks they have established to support the function of informing audiences far and wide”.

In a further statement on how Sony Music intends to help musicians in West Africa, Jim noted that, “it is popular knowledge that West Africa houses some of the biggest and best universal talents. Irrespective of such worthy feat, the greatest challenge still remains having to break in (both locally and otherwise) and also maintain market focus. Sony Music is bringing her experiential knowledge of the music business to bridge the gap in community practice between the grassroots and overseas. We are implementing systems in coalition with regulatory bodies, DSPs, telcos, people in fintech, the media, to propoud solutions that will contribute to changing the behaviour and pattern of response to product creation, marketing and consumption using home-derived formulas.

READ ALSO: I Am Not Happy In Life; I Need A Man – Tima Kumkum Boldly States (Watch Video)

He also mentioned that, Sony Music will also be offering support to different tiers of artistes, by creating opportunities that they can take advantage of to level up in terms of music cred and brand representation with their colleagues from western shores.

Interestingly, a delegation team from the West Africa office were present in  Ghana for a scouting and partnerships exercise in December.

Also commenting on Ghana’s viability at becoming a central hub for entertainment in the next few years, Sony Music West Africa head of label operations, Daniel Owolabi (Gbemiro) said; “the entertainment space in Ghana is a fertile ground of potentials yet to be fully tapped. Even in hotspots where there’s usually a high concentration of creatives & industry players (e.g Tema, The Area Bar, Polo Beach Club) there’s a certain positive energy that pulsates in the atmosphere literally. It’s all love and dedication, which is why we’re here.”

Sony Music West Africa boasts a robust roaster that spotlights the stellar works of celebrated superstar acts (Davido, Wizkid, Dice Ailes) and basking talents (Kiddominant, T-Classic, Ona Dema, Shun Breezy) in promotional management and product distribution functions. This office is progressively hatching a scheme that strategically positions them to be a formidable music company as they strive to attain the upper echelons of the music industry in the West African region.

READ ALSO: I Will Marry In Ghana – Eugy Reveals

Sony Music West Africa (stylized as SMWA) is an affiliate label of international music company, Sony Music Entertainment, with her base of operations in Lagos, Nigeria. This division of the company is set up to represent, connect and promote the culture of authentic African music to global consciousness.

WatsUp TV is a 24 hour digital entertainment Television channel made for the Pan-African Bi-Lingual community and also aired on various television channels across Africa founded by Abd Traore. The brand was launched as a TV show in 2014 and has grown into a filly fledged digital and satellite TV channel with viewership across the African continent and beyond through its programs on Canal+.  WatsUp TV features contents such as music videos from Africa, interviews with celebrities and industry players across the African Continent with custom-made entertainment to suit the African market.