UK-based Ghanaian gospel musician, Alice McKenzie has opened on the kind of people she has as friends.

Speaking in an interview with Zion Felix on the ‘Uncut Show’, Alice revealed she has friends who are into gayism and lesbianism.

The ‘Ahuntahunu’ singer said she doesn’t see anything wrong to have gay and lesbian friends.

She stated that she does not judge them because it is their choice.

Alice McKenzie stressed that she cannot force them to change after she has advised them.

She added that they can even pretend they have stopped and since she doesn’t follow them to wherever they go, she cannot do anything about it.

The UK-based Ghanaian gospel musician made this revelation when she was asked about why she has a body piercing as a Christian.

She retorted worshipping God is purely from the heart and not what is seen outwardly.

Meanwhile, the Bible speaks against bad friends or company: 1 Corinthians 15:33 reads, “Do not be deceived: Bad company ruins good morals.”

While 1 Corinthians 6:9-11 condemn the act of Alice’s friend: “Or do you not know that the unrighteous will not inherit the kingdom of God? Do not be deceived: neither the sexually immoral, nor idolaters, nor adulterers, nor men who practice homosexuality, nor thieves, nor the greedy, nor drunkards, nor revilers, nor swindlers will inherit the kingdom of God. And such were some of you. But you were washed, you were sanctified, you were justified in the name of the Lord Jesus Christ and by the Spirit of our God.”

Watch the full interview of Alice McKenzie with Zionfelix below. 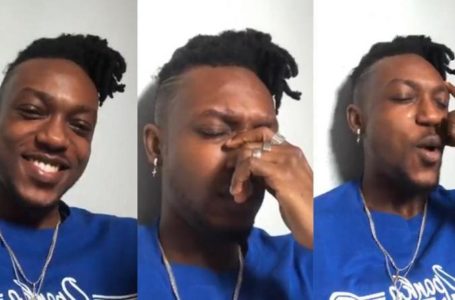 Why I’ve Pierced My Nose And Other...