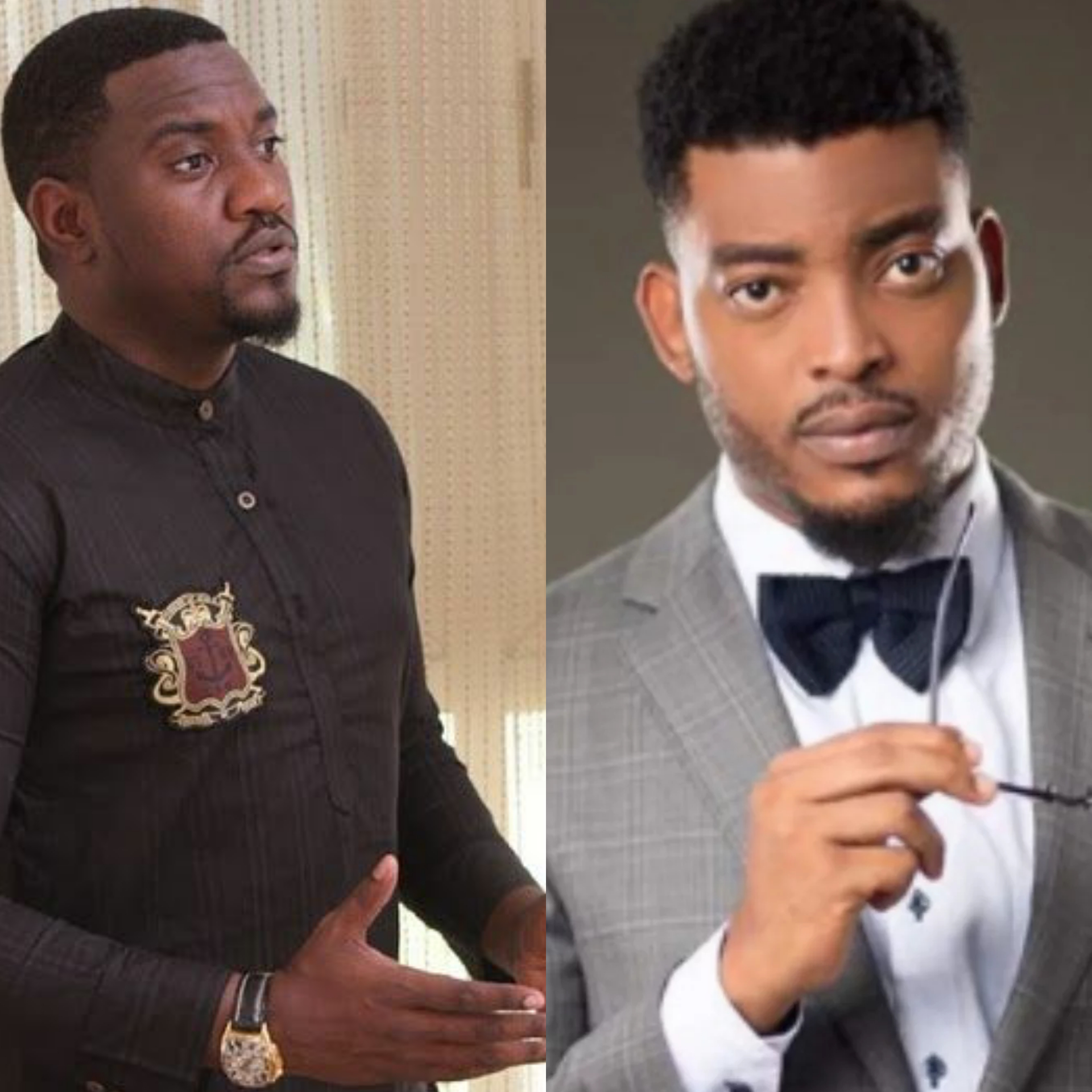 Ghanaian actor, James Gardiner has penned an emotional letter to his colleague, John Dumelo ahead of the December 7 general elections.

In a lengthy post sighted by Zionfelix.net, Gardiner commended his longtime friend on his spirit of resilience.

According to him, John Dumelo’s energy even rekindles when people doubt him on his quest to be a Member of Parliament.

He touted the Ayawaso West Wuogon NDC Parliamentary Candidate’s numerous and donations and efforts to put smiles on the faces of his constituents.

James Gardiner, who believes in John Dumelo said he will be proud of himself at the end of it all.

Dear John,
I hope you are doing well and staying safe. I decided to make this letter public because I would like for everyone who isn’t paying attention to see how driven and relentless you are in vying for a challenging position of service to mankind. I’ve known you for many years but this is beyond friendship. If there’s one thing I would commend u about, it would be your spirit of resilience and how you make it look so effortless!!! How do you do it? I know you’ve had some downs, but you don’t stay down, you get back up, dust yourself off and keep moving. We learn from our mistakes.
Kofi, I’m sure a lot of people would doubt you in your quest to become the Member of Parliament for Ayawaso West Wougon Constituency but I know that, that even rekindles your energy to keep you going. It started off as a dismissal conversation, then you won the primaries and then the reality set in! You didn’t just get here overnight. It’s the passion you’ve had also for politics. It is glaringly obvious you have done more than enough to set an example of service to humanity. Though you are not an MP yet, you have, in your own little way shown a glimpse of hope in the good things you are setting out to do for the people. Donation of laptops to students, Start up Capitals for the needy to start their businesses, a Mushroom Initiative as an employment avenue. Your donations and your dedication during these ‘not so ordinary’ times have been remarkable! You were there during the fire outbreak and during the floody times. You were there to give a helping hand whenever and wherever you could. You’ve always been there. And for that I say Ayekoo!! A lot of people may say that all your good works you’ve done is a desperate solicitation for votes, but I pray you stay true to your course, yourself and to the people. You present another opportunity to show and prove that creatives are layered people of substance (and more than just ‘entertainers’) I hope that in the end, after all this is over, you would proudly stand in your office, look back at the toil and sweat u shed and tell your constituents and yourself, ‘We did it.’ Get to work already John! We move! ✊🏾 #Idey4u

Next Time They Say Free, We Will Flee – John Dumelo...