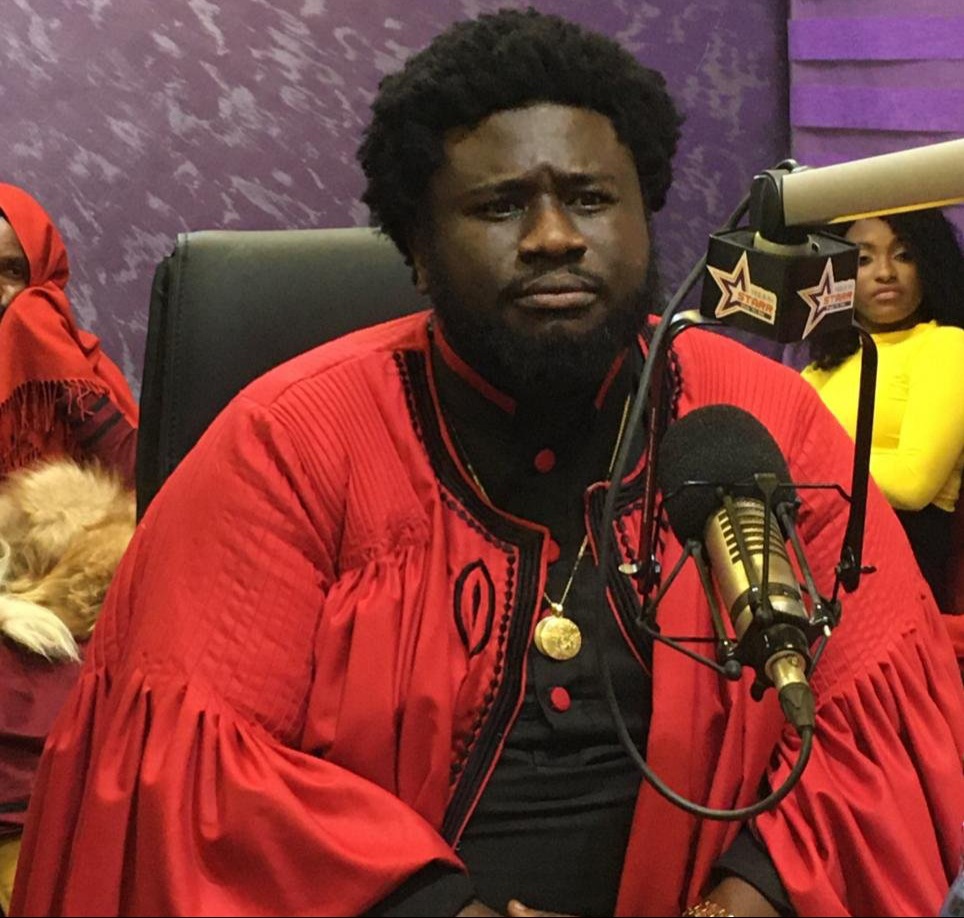 Popular Ghanaian, Kwabena Boakye Asiamah has made some shocking claims about the ancient story about the death of Jesus Christ.

If you grew up believing Jesus Christ died after he was crucified, you were probably deceived according to Prophet Asiamah’s revelations.

READ ALSO: Ajagurajah Reveals Why He Sacked Fameye After Inviting Him To Sing At His Birthday Party (+Screenshot)

The controversial prophet who is popularly known as Ajagurajah claimed that the founder of Christianity wasn’t crucified like we were made to believe.

Ajagurajah made the shocking revelation in an interview with Nana Aba Anamoah on Starr FM’s Starr Chat segment.

In the interview, Ajagurajah said that he believes in Jesus Christ but not in the story surrounding his death.

He said Jesus was switched and wasn’t the one who was crucified. As shocking as this claim might be, Ajagurajah said people must research before they understand his teachings and beliefs.

“I believe in Jesus Christ but I don’t believe in the story surrounding his death. He was switched. He wasn’t crucified,” he told the Nana Aba.