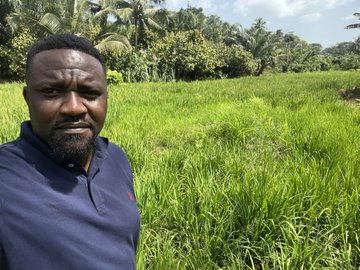 The initiative according to Mr. Dumelo is largely targeted at food production in the Guan District and the Northern part of Ghana and other parts of the country.

According to his plan, the Northern sector will concentrate on rice production to feed the Ghanaians while other parts of the country will focus on maize, onions, tomatoes and other crops.

READ ALSO: Why are we not promoting shea butter use? – John Dumelo reacts to skyrocketing cooking oil prices

The initiative which he calls “Operation Feed Ourselves” comes at a time of skyrocketing food prices and transportation across the country.

John Dumelo revealed that another important part of the initiative will be to urge Ghanaians to add value to raw materials produced here and consume locally made products.

The actor who is also a farmer said his plan to reduce the imports of rice, tomatoes and onions by 50% in the next 6 years of the initiative.

He called on all Ghanaians to come on board and make the initiative work.