Why are we not promoting shea butter use? – John Dumelo reacts to skyrocketing cooking oil prices 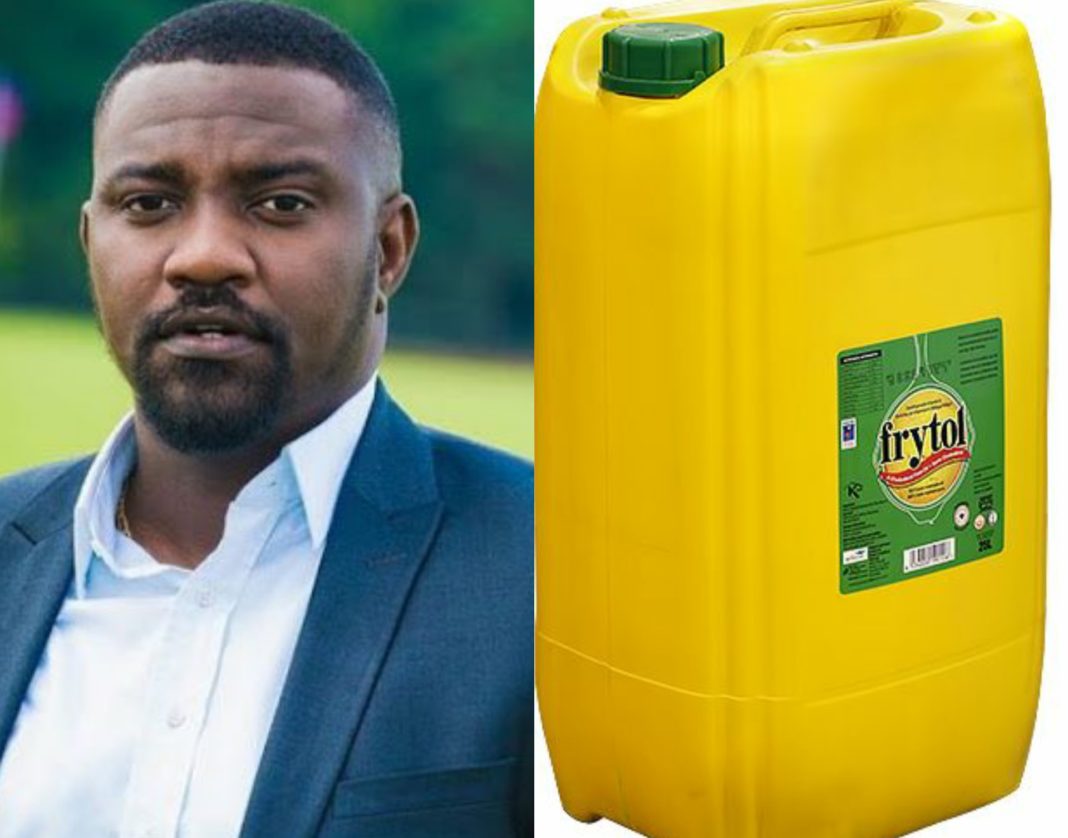 As the country faces an increasing economic crisis, cooking oil has become one of the very expensive commodities in the country.

According to some social media commentaries, the commodity has doubled in price over the past few weeks.

While many think they can’t do without cooking oil and are trying their best to afford it, actor and farmer John Dumelo has found an alternative.

The actor is proposing a home-grown solution to the soaring cooking oil prices.

He singled out shea butter oil which is available in abundance as the solution.

The only problem, John Dumelo singled out, was the lack of promotion of the local shea butter oil.

In a tweet, the actor who is also a politician enquired why the country is not promoting the use of the local cooking oil over imported ones.